Sexual harassment charges filed with the agency increased more than 12 percent in the year. 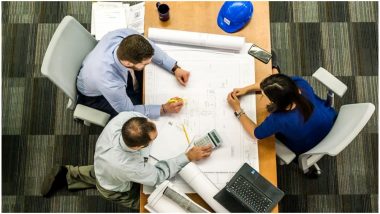 The agency saw a 50 percent increase in the allegations of sexual harassment cases. Acting chair Victoria Lipnic in a statement told CNN, "I am so proud of the EEOC staff who stepped up to the heightened demand of the #MeToo movement to make clear that workplace harassment is not only unlawful, it is simply not acceptable." According to a 2016 EEOC report, almost 70percent of those who are harassed did not file a complaint with their employer.

The #MeToo movement sprouted up after The New York Times and the New Yorker reported allegations of sexual assault against Hollywood producer Harvey Weinstein a year ago. Multiple sexual predators have been named, shamed and brought before the law after the movement grew strong bringing women across the globe together. Amitabh Bachchan, Ranbir Kapoor, Kareena Kapoor Khan: When Actors Blatantly Refused to Talk on #MeToo Movement in Bollywood.

Social media helped the struggle reach masses as women openly spoke about the sexual abuse they dealt with, giving power to others to speak about it, thus creating awareness. The #MeToo movement not only gave women the power to speak up and point at their abusers but also touched up a topic that was hardly discussed in the society. #MeToo and related topics helped create awareness about sexual abuse faced by people across countries.

Similarly, when Dr Christine Blasey Ford described the sexual assault she faced at the hands of President Donald Trump's Supreme Court nominee Brett Kavanaugh 36 years ago,  America's National Sexual Assault Hotline saw a rise in calls. There was a 147 per cent increase in calls on Thursday after Ford testified. The hotline is run by the Rape, Abuse, Incest National Network (RAINN) is for survivors to access for counselling and assistance.

(The above story first appeared on LatestLY on Oct 05, 2018 12:34 AM IST. For more news and updates on politics, world, sports, entertainment and lifestyle, log on to our website latestly.com).