Viral Videos of the Week: Dog’s First Sled Run to a Cat Rescued by Old Man, Fur Buddies Rule the Internet in the First Week of 2020! 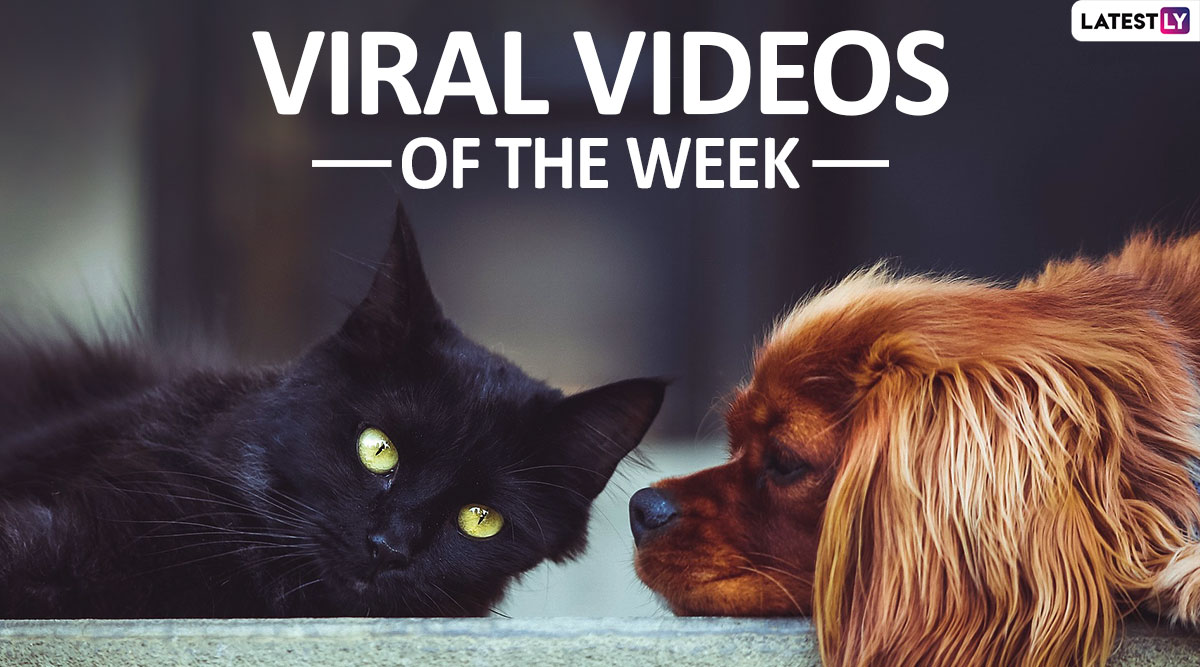 How is 2020 treating you? If you ask our netizens, they will scream ‘well’ because their favourite fur buddies are ruling the internet. Yes, with just the first week of 2020, social media is full of dog and cat videos gaining enough views, making it a viral sensation. Why? Because we all are obsessed with these adorable pets. We have just ringed 2020 and a new decade, for that matter. What surprises us even more, that netizens chose to welcome the New Year, is an old self, in terms of viral moments. Eventually, we surely would have unique and never-seen challenges. But for the first week of 2020, we are nicely treated by our fur buddies. We also have other clips which included humans and other moments as well. So for viral videos of this week, here we have the top seven most-viewed clips. From dog’s first sled run to a cat rescued b an old man, watch these videos to know how these animals ruled the hearts.

A dramatic moment captured by CCTV camera, gave internet the scariest experience of all times. The leash of the pooch got stuck between the elevator doors. A doctor named Mohammad Awad rushed to save the pet. Even a few seconds late could have created an opposite situation.

This cat named Katryn from the ginger tabby species, has become the mother figure to four tiny puppies. She lost her own kittens and has grieved for days, before she found the four Border Collie cross puppies at the shelter home. The cat is so much in love with the pups that she has been captured nursing and sleeping with them.

New Zealand was one of the first countries for ringing in New Year 2020, while the remaining parts were still in their New Year’s Eve. Every year, Auckland’s Sky Tower fireworks make it to the headlines. And this year’s was no less too. To welcome 2020, the Sky Tower offered a rainbow-coloured spectrum to the night sky, celebrating the LGBTQ+ community. People just loved the view.

Twitter lately are seeing videos and photos of the worst food combination anyone can ever imagine. Just before we bade goodbye to 2019, Reddit shared a short clip on their Twitter account that showed a person dipping a piece of idli into tea. That’s right; netizens were disgusted after discovering the video.

5. Kerala Couple In Their 60s Got Married At Old Age Home:

This was the most beautiful video that we saw before giving a final goodbye to 2019. A 67-year-old man fell in love with a 65-year-old woman. They tied the knot at a government-run NGO in Ramavarmapuram in Thrissur district, and the internet was blessed to see their happiness.

6. Cat Rescued By Elderly Man From Rooftop of Shop:

A cat was stuck at a rooftop of the shop. Puzzled to find a way out, saw a chair approaching. It was an elderly man who held it up for the feline to jump on it and get down. The adorable video has gained an insane number of views, just in a day.

Here are Leap’s first 20 feet of pulling a sled. She’s in the back right.

Friends... SHE LOVED IT. pic.twitter.com/EvlOeAcDuW

A dogsledder documented Leap, the Husky’s first slid in the snow. The series of videos show Leap and other dogs, pulling the sled and running across the snow, enjoying every bit of it.

These were the top seven videos that made round this week. Clearly, our fur buddies won the viral moments in the first week of 2020. As the year has only begun, we are excited to see what the upcoming weeks have in store for us to unfurl. Enjoy the first weekend of the decade of the 20s!