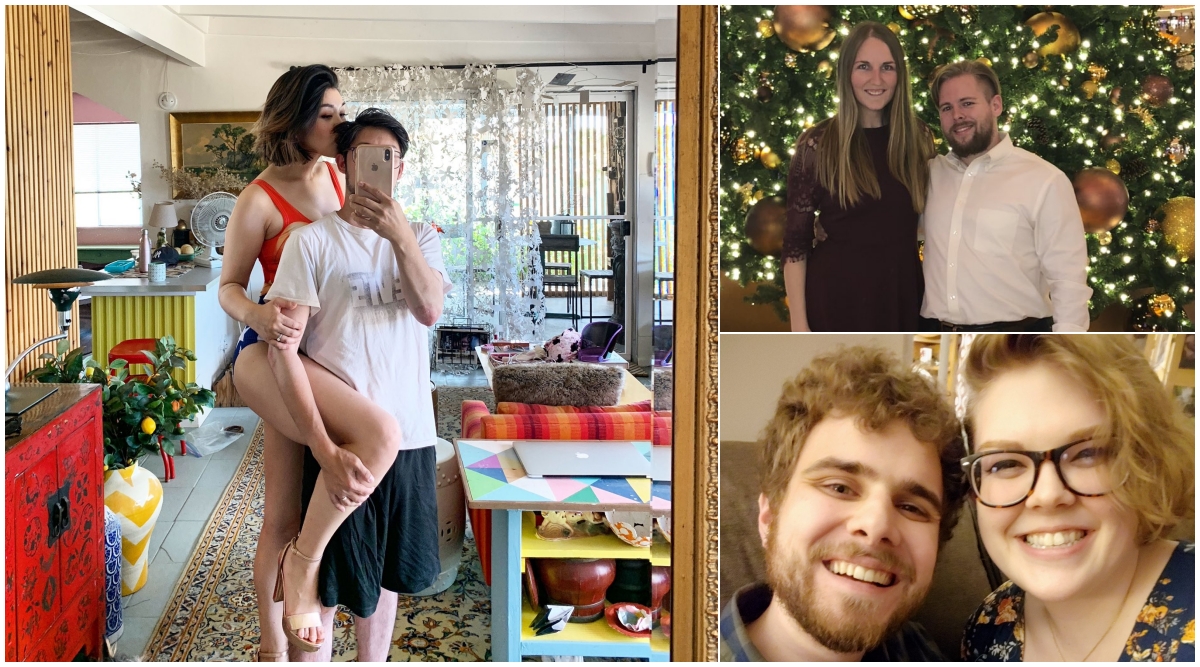 Have you ever rejected someone because they were shorter than you? Girls especially, many times do have criteria of height in their partner. A woman named Lizz Adams recently tweeted about how happy she is with her partner who is quiet shorter than her and in a way took a dig at others who reject guys for their height. The tweet has gone viral and now people are commenting whether a man's height does matter in a relationship? Some women have joined along to share their pictures with their partners who are shorter than them. Grandpa Spends Final Moments Drinking Beer With Family, Viral Tweet Prompts Netizens to Share Similar Emotional Time Spent With Their Loved Ones.

Lizz Adams posted a beautiful picture of her with her shorter husband, kissing him and celebrating 8 years of togetherness. She took a dig at other women who go on about "dating tall men." Her picture has got over 1.5 lakh likes and 24,000 plus retweets in just two days. In the many comments that followed, men took offence about how women really prefer a taller than the guy. But some of them happily shared pictures of their shorter partners too. Girl's Viral Post to Find a Husband For Her Mother Inspires Another Daughter Go Groom Hunting For 56-Year-Old Mom on Twitter.

Happily married to my 5’5” king for 8 years while y’all are getting ghosted by 6’2” alcoholics with 7th grade reading levels but go off about how you only date tall men I guess pic.twitter.com/WzUL7ywk8F

Like everything, this picture also saw some trolls but Lizz was sure to give them all back. Check how some of the people reacted.

I'm 6ft and I've been happily married to a 5'8 man for almost 20 years. People look at us funny when we're out but idgaf.

My smol boy is my favorite. The first complement I ever gave him was that he was the least disappointing man I'd ever met, but I can definitely say that he's the best as well 💜 pic.twitter.com/cfJGbvmvFh

Nobody Hotter Than Short Man

Ain’t nobody hotter than my 5’3” husband pic.twitter.com/ei46pRQ4ob

Relatable! He’s about 5 inches shorter and we recently got married. I never thought I’d be married to a shorter guy, but here we are, killin it 🤷🏻‍♀️ pic.twitter.com/slHuIRiFFO

He Hasn't Stopped From Wearing Heels

I think my favorite part about this is that this hasn't stopped you from wearing heels. x!

Do Guys Make a Huge Deal?

i support this 100% but it’s hard to find guys who don’t make a huge deal about girls being taller than them :-(

In the thread, a lot of other couples, where the men are shorter have shared their photos of being in happy relationships. The tweet has managed to put a light on how a man's height has been a preference for many girls for the longest time. Girls, what do you think about this? Do you think having a dating or marrying a shorter guy makes a huge difference at all?