It will also be the first time since January 1994 that no international game will be played on Australia Day -- January 26. 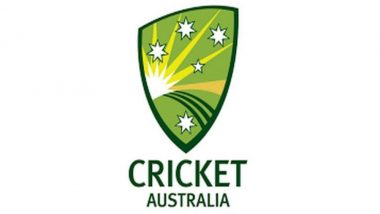 Melbourne, May 7: Twenty eight international matches, in addition to the Women's T20 World Cup, will be played across 10 venues in the 2019-20 season in Australia starting September. Australia's men will host Sri Lanka, Pakistan and New Zealand in the upcoming summer season, while the women's team will take on Sri Lanka, India and England at home ahead of the World T20, announced Cricket Australia on Tuesday. Cricket Australia Announces Schedule for 2019-20 Season.

The 10 venues across which the matches will be played are Adelaide Oval, Allan Border Field, Blundstone Arena, The Gabba, Junction Oval, North Sydney Oval, Manuka Oval, Melbourne Cricket Ground, Perth Stadium and Sydney Cricket Ground. It will also be the first time since January 1994 that no international game will be played on Australia Day -- January 26.

Pakistan and Sri Lanka will be the first teams to kickstart Australia's home season by participating in a T20I tri series. Pakistan will stay on for a two-match Test series, which will also include the first-ever match of the Test championship played in Australia at The Gabba. The second match of the series will be a day-night affair to be played at the Adelaide Oval.

New Zealand, who will come later for a three-Test series, will also be involved in a day-night Test, played at the Perth Stadium. They will also play the Boxing Day Test, which will be the first time in more than 30 years that the trans-Tasman rivals will be contesting in.

He admitted that scheduling international cricket is challenging as nine of the ten major cricketing countries have seasons similar to Australia and so working with them to find space in the calendar to fulfil obligations to the ICC Future Tours Program is a juggling act. The home season will conclude with an ODI series against New Zealand in March, to be played in Sydney and Hobart.

(The above story first appeared on LatestLY on May 07, 2019 12:09 PM IST. For more news and updates on politics, world, sports, entertainment and lifestyle, log on to our website latestly.com).