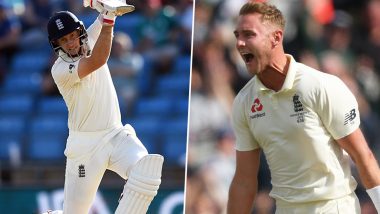 After losing the opening encounter by four wickets, England will aim to level the series in the second match of the three-match series. England vs West Indies 2nd match will get underway on Thursday (July 1) at the Old Trafford Stadium in Manchester. England’s batting order looked quite fragile in the first match and the home team must rectify the issue in the second game of the series. Also, many Caribbean batsmen registered substantial scores which proved to be crucial in the context of the game. Below, we’ll look at England’s predicted playing XI for the second Test match against West Indies. England vs West Indies, Manchester Weather, Pitch Report & Rain Forecast.

England’s regular skipper Joe Root is set to feature in the second game of the series which will certainly boost the morale of the home team. Joe Denly, who faced a lot of criticism for his dismal show in the first Test, is likely to make way for Root. Rory Burns, Dominic Sibley and Zak Crawley showcased great resilience in the opening game of the series and will continue to feature in the line-up. England vs West Indies 2nd Test 2020: Joe Root, Jermaine Blackwood and Other Key Players to Watch Out.

Ben Stokes, who handled the reins of the side in Root’s absence, didn’t make a terrific start to his captaincy career. However, he impressed again with the bat and ball and will want to guide to his guide over the line. The form of Jos Buttler will be a matter of concern for England as along with failing with the bat in Southampton, the wicket-keeper also dropped a crucial catch of Jermaine Blackwood. In the bowling department, Dominic Bess is likely to continue as the lone spinner of the team. England vs West Indies Dream11 Team Prediction: Tips to Pick Best Team.

(The above story first appeared on LatestLY on Jul 15, 2020 01:57 PM IST. For more news and updates on politics, world, sports, entertainment and lifestyle, log on to our website latestly.com).