Hardik Pandya Sweats it Out With Indian Team at Wankhede Stadium Ahead of India vs Australia 1st ODI 2020, Teases his Return 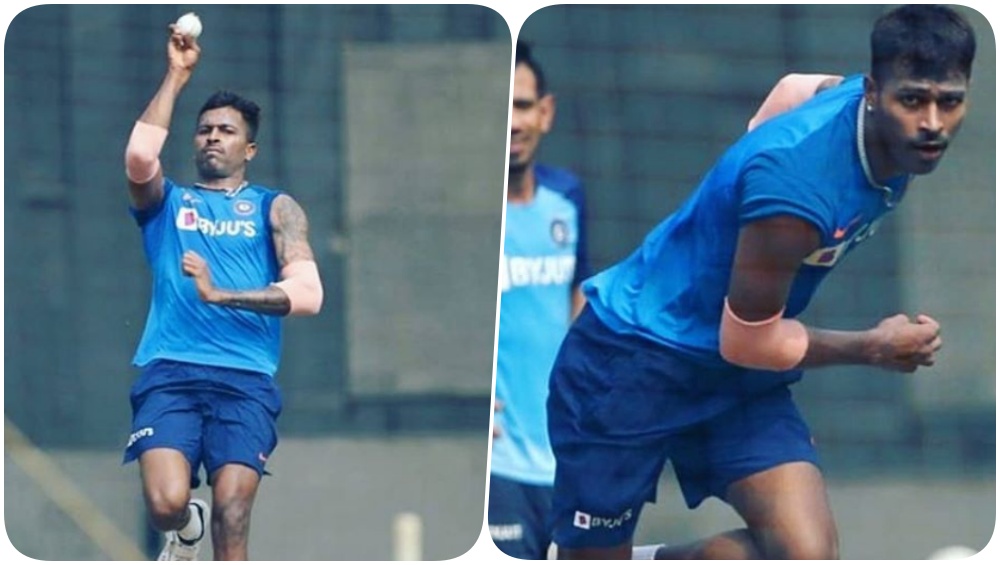 Hardik Pandya has been away from the team for a while now. He even missed the bus for the matches against New Zealand. However, the Indian all-rounder is on the way to recovery and was seen sweating it out at the Wankhede Stadium in Mumbai as the team was working out in the stadium. The Indian cricket team is all set to play three ODI games out of which the first one will begin tomorrow i.e. January 14, 2020. The match will begin at 1.30 PM IST. Team India Sweats it Out Ahead of India vs Australia 1st ODI 2020 in Mumbai (See Pics & Videos).

The second match will be hosted at the Saurashtra Cricket Association in Rajkot on January 17, 2020. The third game will be held on January 19, 2020, at the M Chinnaswamy Stadium. The Indian all-rounder was seen bowling against the batsmen and was seen taking high catches. The Indian all-rounder had a gala time with his teammates. Check out the pictures below:Rohit Sharma Returns in India’s 16-Men Squad for New Zealand T20Is, Sanju Samson Left Out.

Another set of pictures

The Indian all-rounder failed the fitness test pulled out of India A tour against New Zealand. He was expected to make the Indian squad after remaining out of action for four months due to a back injury but the all-rounder could not clear the mandatory fitness test, indicating that it will take him more to recover from the surgery he recently.