Pakistan vs Sri Lanka Head-to-Head Record in Tests: Ahead of Historic Test in Rawalpindi, Here’re Match Results of Last 5 PAK vs SL Encounters in The Longest Format 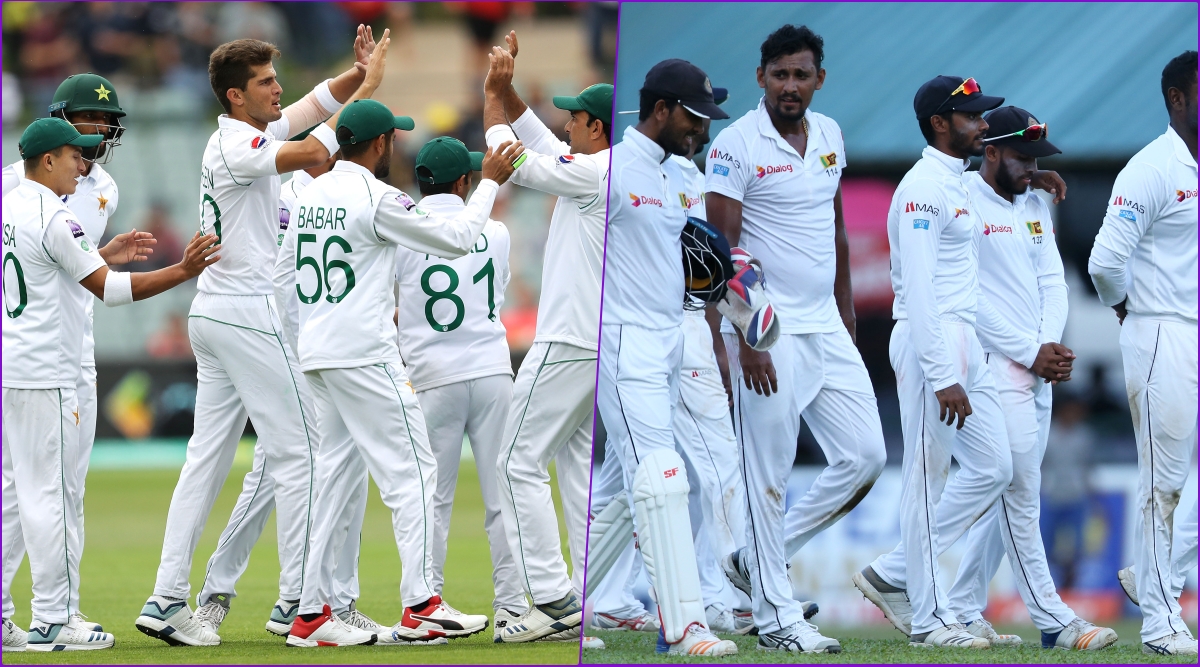 Sri Lanka visit Pakistan for a test match after a hiatus of ten years, a historic event for both the nations in both cricketing and political terms. Terrorists attacked the Sri Lankan team in Pakistan during their 2009 tour which led to a complete disruption of the cricketing event in the country. The touring Sri Lankan team has been provided the highest level of security and the fans in Rawalpindi are excited to see the two nations resume their on-field rivalry. In terms of head to head, the sides have played 53 test against each other with Pakistan winning 19, Sri Lanka 16 and 18 tests ending in a draw. A look at how their last five games ended. Pakistan Vs Sri Lanka, Cricket Score 1st Test Match.

A solid 196 by Dimuth Karunaratne helped Sri Lanka reach 482 in their first innings and in response Pakistan could only manage 262 with Rangana Herath picking up three wickets. Wahab Riaz’s brilliance helped Pakistan bowl out Sri Lanka for a paltry 96 in the second innings, but a target of 317 remained out of their reach as they lost by 68 runs. Pakistan vs Sri Lanka, 1st Test 2019: Babar Azam, Dinesh Chandimal & Other Key Players to Watch Out For in Historic Test.

Both Sri Lanka and Pakistan batted well in the first innings with scores of 419 and 422 respectively, but it was the following innings which proved to be the difference. Yasir Shah’s 5 wickets helped Pakistan restrict Sri Lanka for 138 which meant they only needed 136 for victory. But veteran spinner Rangana Herath spun his web around the Pakistani batsmen to secure a 21 run win for his country. Pakistan vs Sri Lanka, 1st Test 2019: Fawad Alam vs Lahiru Kumara & Other Exciting Mini Battles to Watch Out for in Rawalpindi.

Kandy is never an easy place for batting, but despite the challenges, the two teams put in a real show. With scores of 278 and 313, Sri Lanka were okay but never got to a total that could have been deemed safe. Chasing a massive 377 runs for victory in the final innings, Younis Khan remained unbeaten on 171 to help set up a memorable 7 wicket win for the visitors, one of their most successful run chases in their history.

Tharindu Kaushal picked up a fifer to bundle out Pakistan for 138 in the first innings which set them back in the contest. In reply, Sri Lanka made 315 with Angelo Matthews scoring a classy 77. Pakistan improved with the bat in their second innings with a total of 329, but a target of 153 was never going to test the hosts as they won by 7 wickets.

Asad Shafiq’s century helped Sri Lanka take a 117 runs lead at the end of their first innings and with Yasir Shah claiming 7 wickets in the following innings, Pakistan knew they had the game in their pockets. With 90 needed for victory, the two openers did the needful to script a memorable 10 wicket victory for Pakistan.

With Sri Lanka coming with a near full-strength side, expect the visitors to put up a tough fight against Pakistan.