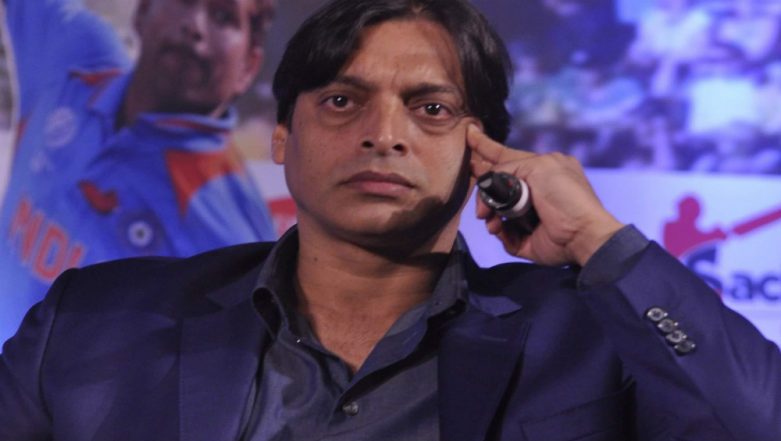 Lahore, September 12: Former pacer Shoaib Akhtar has expressed disappointment after 10 Sri Lankan players have decided to pull out of their country's upcoming tour of Pakistan for the three ODIs and as many T20I matches. Expressing his disappointment, Akhtar reminded the islanders as how Pakistan has "always been a huge support for SL cricket". Sri Lanka Tour of Pakistan 2019: Pakistan Minister Fawad Hussain Chaudhry Blames India for Sri Lankan Cricketers’ Refusal to Tour Pakistan.

"So disappointed with the 10 Sri Lankan players who have pulled out of Pakistan tour. Pakistan has always been a huge support for SL cricket. Recently after (the) deadly Easter Attacks in SL, our under-19 team was sent on tour there, being the first international team to volunteer," Akhtar tweeted.

"And of course who can forget the 1996 World Cup when Australia & West Indies refused to tour Sri Lanka. Pakistan sent a combined team with India to play a friendly match in Colombo. We expect reciprocation from Sri Lanka. Their board is cooperating, players should also," he added.

After this, Sri Lanka Cricket (SLC) have announced Lahiru Thirimanne as the skipper of the Sri Lanka's ODI squad while Dasun Shanaka will lead the team in the T20I games during the tour. Lasith Malinga, Thisara Perera Among 10 Sri Lanka Players to Opt Out of Pakistan Cricket Tour Over Security Fears.

International cricket was put on hold in Pakistan after a touring Sri Lankan team in March 2009 was attacked by gunmen on their way to the Gaddafi Stadium in Lahore on the third morning of the second of the two Tests series.