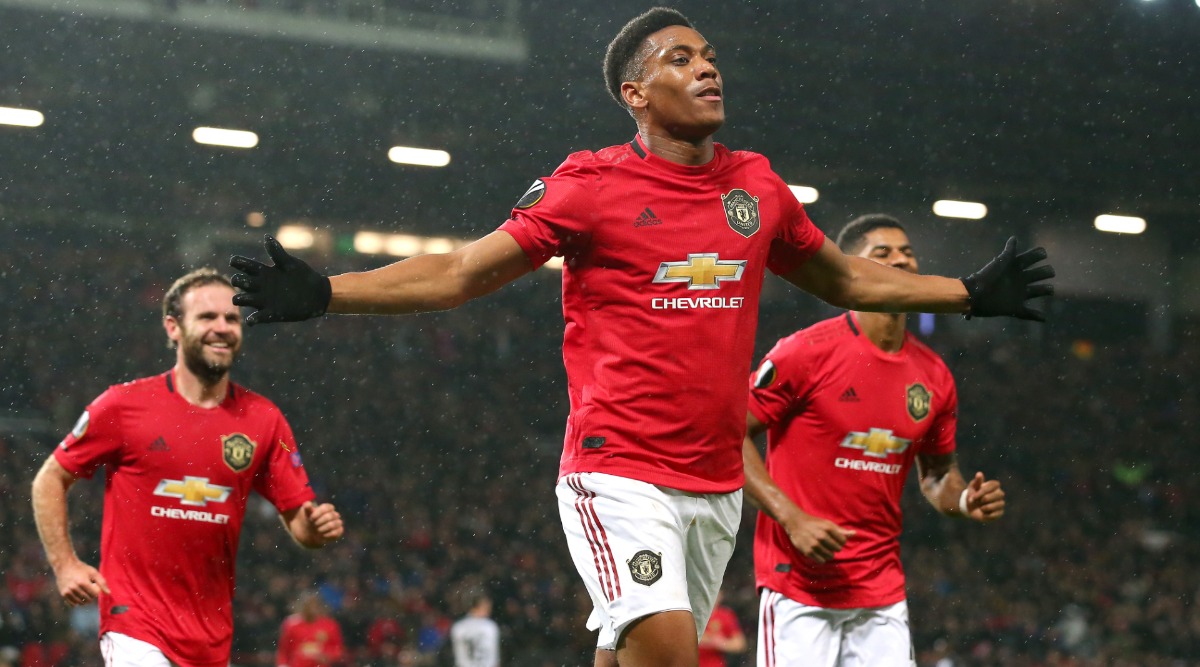 Manchester United will hope to end its three-match winless run when they face Norwich City in the English Premier League (EPL) 2019-20. Manchester United vs Norwich City match in the 2019-20 Premier League will be played at Old Trafford on January 11, 2020 (Saturday). United ran-out comfortable 3-1 winners when both these teams last squared-off in the Premier League this season. Fans, who play fantasy games like Dream11, can find all tips and team suggestions with player form and team availability to build a strong Dream11 fantasy team for the MUN vs NOR clash in EPL 2019-20. Norwich are unbeaten in their last two league games having held Tottenham Hotspur and Crystal Palace to draws at home but lost 0-1 to Aston Villa in their last away fixture. Meanwhile, for live telecast, online live streaming and live score updates for MUN vs NOR clash, please scroll down. Manchester United Vs Norwich City - Live Football Score.

United will be without Jesse Lingard, who has worsened his sickness and out of this encounter. Anthony Martial, who came on as a late substitute in 1-3 League Cup defeat to Man City, might start as might centre-back Harry Maguire after missing the City clash. He was pictured in training on Friday and could be a late addition to the team. Ole Gunnar Solskjaer is already missing midfield duo Paul Pogba and Scott McTominay but could have Timothy Fosu-Mensah and Eric Bailey available. Manchester United vs Norwich City, Premier League 2019–20 Free Live Streaming Online in India.

Norwich, on the other, have played entertaining football but have failed to replicate good form with results. They will miss club's highest goal-scorer Teemu Pukki as well as Daniel Farke while Timm Klose, Ben Godfrey and Josip Drmic are out for a longer period. Norwich are winless in their last 8 league games and find themselves at the bottom of the team standings. Their last win came against Everton in November last year. The 4-2 victory over Preston in the League Cup will, however, will bring some relief.

Manchester United vs Newcastle United, EPL 2019-20, Dream11 Team Prediction: Goalkeeper – Despite the Struggles, David de Gea (MUN) should be pick for the keeper of this fantasy team given Tim Krul (NOR) is at the opposite end.

Manchester United vs Newcastle United, EPL 2019-20, Dream11 Team Prediction: Midfielders – Todd Cantwell (NOR), Alexander Tettey (NOR), Kenny McLean (NOR), Fred (MUN), Daniel James (MUN) would be the midfield. Norwich certainly have a better midfield than United does and there have more players in midfield.

Manchester United vs Newcastle United, EPL 2019-20, Dream11 Team Prediction: Forwards – With Tim Pukki of Norwich out with injury, Anthony Martial (MUN) and Marcus Rashford (MUN) would be the forwards.

United are sixth in the team standings and can climb a place with a win at Carrow Road. Despite their recent defeats, United have been dominant at home and are currently unbeaten in their last 8 games.