After Nord, OnePlus Likely to Launch Another Affordable Smartphone Next Month: Report 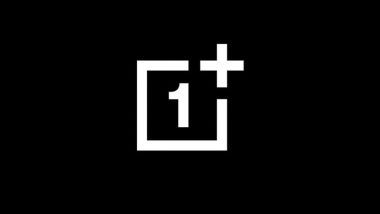 Beijing, Aug 24: After launching its first mid-range premium smartphone Nord that became a thumping success, OnePlus is now planning to unveil another device with Snapdragon 662 or 665 chip for a price tag between Rs 16,000-Rs 18,000. While OPPO is expected to launch a phone with Snapdragon 662 chipset early September under Rs 20,000, OnePlus will follow suit at the end of September with its own phone in similar range and specifications, reports GizmoChina. OnePlus Nord Online India Sale Tomorrow via Amazon India; Prices & Offers.

Meanwhile, the company is planning to launch OnePlus 8T and 8T Pro with a 64MP camera at the rear. Since the OnePlus 8 series and OnePlus Nord support a 48MP main camera, it is likely that the upcoming OnePlus 8T series is the one that will get upgraded to 64MP. The OnePlus 8T could be expected to get an enhanced 65W Super Warp charge, along with a 1002W fast charging tech.

(The above story first appeared on LatestLY on Aug 24, 2020 05:03 PM IST. For more news and updates on politics, world, sports, entertainment and lifestyle, log on to our website latestly.com).