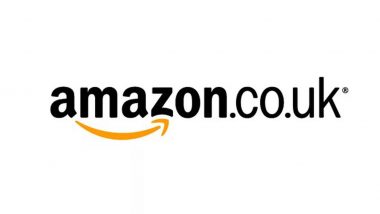 San Francisco, June 1: Amazon has removed racist images that appeared on some listings for Apple AirPods and other headphones in the UK. According to the Financial Times, the images appeared on Amazon UK site in search results for "AirPods" and "bluetooth headphones". Some users went to Twitter to post screenshots of search results for "AirPods" and "bluetooth headphones" that appeared on the e-commerce site. OnePlus 8 5G with Snapdragon 865 Chipset Goes on Sale on Amazon India; Check Prices, Offers, Features, Variants & Specifications.

"Instead of photos of headphones, the search results showed images that contained the N-word," said the report.

The listings seemed to be limited to the UK site, and appeared on the pages of new Amazon sellers. The ecommerce behemoth requires third-party sellers to follow its content guidelines or risk having their accounts removed.

"Our store maintains content guidelines which third party sellers are required to follow," an Amazon spokesperson told The Verge. "As soon as this issue was raised, we investigated, removed the images in question and took action against the bad actor," the spokesperson added. Amazon Provides Free COVID-19 Health Insurance for Its Sellers in India.

Last month, five of Amazon's foreign websites were placed on a blacklist by the Donald Trump administration. The e-commerce platforms in the UK, Germany, France, India and Canada were added to the "notorious markets" list. Amazon said the move was politically motivated.

(The above story first appeared on LatestLY on Jun 01, 2020 11:04 AM IST. For more news and updates on politics, world, sports, entertainment and lifestyle, log on to our website latestly.com).