Big Eyes Coin Is Not a Joke! Could it Be the Next Cardano or Uniswap

Having set the bars with $100 billion in sales in a week in 2021, Uniswap (UNI) remains the pioneer and biggest DeFi crypto exchange. It also runs on the Ethereum blockchain. It was launched in 2018 and has been growing tremendously since then. 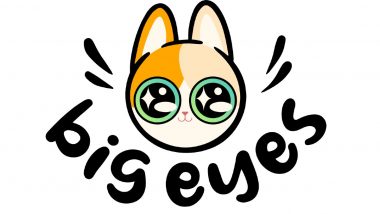 Although Big Eyes Coin (BIG) is a new cryptocurrency, the coin is causing quite a stir and is currently winning the hearts of many. It might as well go on to take after Cardano (ADA) or Uniswap (UNI) after its launch.

Big Eyes (BIG) is a community-based cryptocurrency that promises users more than just a crypto platform for financial transactions. It aims at helping users generate wealth in all ways possible through the use of NFTs, which are steadily growing in the cryptocurrency market.

While Cardano (ADA) is still one of the most popular and successful cryptocurrencies, Big Eyes might as well toe this path. It could also match the success of Uniswap (UNI), which happens to be the decentralized exchange where its launch will occur.

Here is what we know and why we think BIG might just be that coin.

How Successful Has Cardano (ADA) Been?

Cardano (ADA) is a Proof-of-Stake (PoS) blockchain network that aims at providing more security, scalability, and sustainability for its users. The decentralized and open source blockchain uses staking to achieve consensus and enable peer-to-peer transactions using its coin, ADA.

It is reportedly one of the most successful cryptocurrencies since its launch. The majority of its success can be attributed to its easy staking processes. This enables the users to support the decentralized network and get rewarded with the Cardano (ADA) token. They can move their assets easily while keeping control of the security keys that belong only to them.

This Proof-of-Stake mechanism has also helped keep energy expenditure during the block production process low. Therefore, this makes Cardano (ADA) one of the most adopted and active digital coins in the cryptocurrency market.

How Uniswap (UNI) Is Performing

Having set the bars with $100 billion in sales in a week in 2021, Uniswap (UNI) remains the pioneer and biggest DeFi crypto exchange. It also runs on the Ethereum blockchain. It was launched in 2018 and has been growing tremendously since then.

It is a cryptocurrency exchange with a decentralized network protocol that is redefining how the crypto industry operates. Uniswap (UNI) has carried the burden of KYC standards with its simplicity. This was made possible through Ethereum-driven decentralized Automated Market Maker (AMM).

Automated Market Maker (AMM) determines the coin’s price through demand and supply metrics. The Uniswap (UNI) traders then agree on a smart contract and transfer their coins to the liquidity pool.

UNI has been modifying its versions, and the latest version is Uniswap V3, launched in 2021. This version provides concentrated liquidity, liquidity providers, and lower crypto gas fees. This has crowned Uniswap (UNI) the “King of DEXs.”

Why Big Eyes Coin (BIG) Might Toe This Path

BIG is a new meme cryptocurrency that intends to take the meme industry to a whole new level. It is about to be the next cryptocurrency to explode in 2022, and there are many reasons for this prediction.

Big Eyes Coin (BIG) is a  community-centered token that plans on building a charge-free decentralized ecosystem. It clearly intends to transfer income into the decentralized finance (DeFi) ecosystem. This means that there will be no tax payments or fees.

The meme coin’s idea was inspired by a cute cat with large pupils since its inventors saw the cat culture as a “billion dollar industry.” It aims to establish a self-perpetual blockchain environment for high growth using non-fungible tokens (NFTs) that offer its users access to more events or content.

Big Eyes pays great attention to the community model as they believe its success stems from there. One of the cats’ qualities is their sociability. Community-driven DeFi projects are substantial ways to generate money, and Big Eyes plans on tapping into it. However, a percentage of the money will always go back to the community.

There will also be a charity wallet that will hold about 5% of its 200,000,000,000 tokens. They also promise consistent giveaways of NFTs and other rewards. BIG will provide more experience for crypto users, something much more than just transactions. If all goes according to plan, it will emerge with great success once it launches.

Though Big Eyes (BIG) is yet to launch, it already holds some potential that might propel it forward. The developers are deviating from the normal dog-themed meme coins and bringing an entirely new idea into the game. It will be more than just a coin as they have many other features they intend to provide for its users.