Facebook To Roll Out Podcast Feature Next Week: Report

With an aim to allow podcasters to easily publish new episodes on the social network, Facebook is planning to roll out its podcast product on June 22, at a time when Apple has also launched its new Podcast Subscriptions. 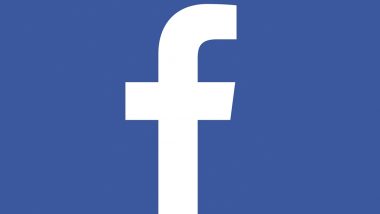 San Francisco: With an aim to allow podcasters to easily publish new episodes on the social network, Facebook is planning to roll out its podcast product on June 22, at a time when Apple has also launched its new Podcast Subscriptions and Channels initiative. The social media network is also likely to add a new feature that will allow listeners to create clips from their favourite shows. Facebook Reportedly Planning To Launch Its First Smartwatch Featuring Two Cameras, Likely To Be Priced Around $400.

According to an email sent to podcast page owners and viewed by The Verge, hosts can link their show's RSS feed up to Facebook, which will then automatically generate News Feed posts for all episodes published moving forward.

These episodes will show up on a "podcasts" tab that doesn't appear to be live yet, but that the company teased in a wider announcement about audio initiatives in April, the report said on Wednesday. Podcasters who publish on the platform will also be opting into Facebook's podcast terms of service, the report said.

Podnews first reported the date earlier this month and at the time, Facebook confirmed that a limited number of page owners would have access. However, emails are still being sent to additional page owners, suggesting the rollout might be wider than initially anticipated.

"Facebook will be the place where people can enjoy, discuss, and share the podcasts they love with each other," the company said in this email.

On the other hand, Apple Podcasts Subscriptions allow creators to host bonus content and ad-free versions of their shows, in exchange for a monthly subscription. Apple Podcasts Subscriptions are now available for listeners in more than 170 countries and regions. Listeners can discover thousands of subscriptions and channels featuring brand new shows that span many genres and formats, including news, comedy, sports, and true crime, offering listeners premium experiences that help them stay informed, entertained, connected, and inspired.

(The above story first appeared on LatestLY on Jun 17, 2021 01:24 PM IST. For more news and updates on politics, world, sports, entertainment and lifestyle, log on to our website latestly.com).