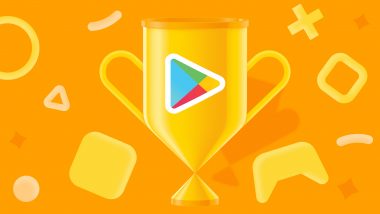 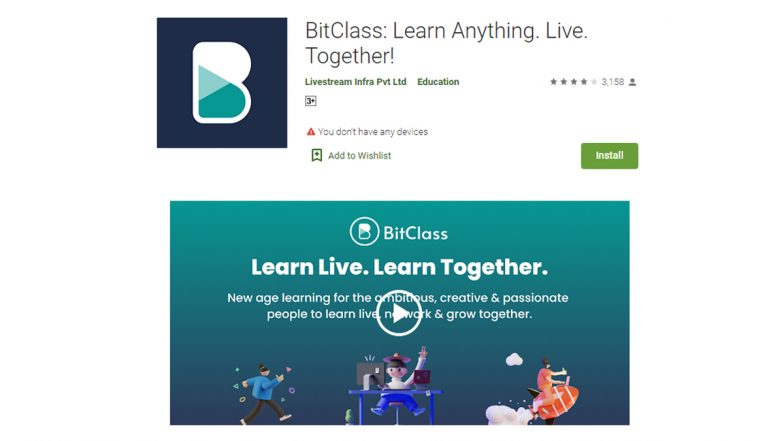 Google has announced 'Bitclass: Learn Anything. Live. Together' app is the winner of the best apps of 2021. The app has been developed by Bengaluru based entrepreneurs. In addition to this, the 'Clubhouse' app has been declared the winner of the Users' Choice App of 2021. Moreover, apps like 'FrontRow: Learn Singing, Music, Rap, Comedy & More' and 'Hotstep' have been included in the Best for Fun apps.

Celebrate our big day by checking out the top-selling books and audiobooks of 2021 on Google Play at the link. US and JP only. https://t.co/exestQxWMm pic.twitter.com/vFIAnhtBoo

Apps such as 'Guardians from Truecaller', 'SARVA - Yoga & Meditation' and 'Sortizy - Recipes, Meal Planner and Grocery Lists' are announced by Google in the 'Best Everyday Essentials section of 2021'.

The best apps of 2021 are here. Use the link to learn more. https://t.co/xttQ2rk3Ee pic.twitter.com/7LE0TTgqgj

Coming to the games, from big-budget thrills to small indie experiences, this year’s games provided a way to reconnect with ourselves and others. Krafton's Battlegrounds Mobile India has been announced as the best game of 2021. 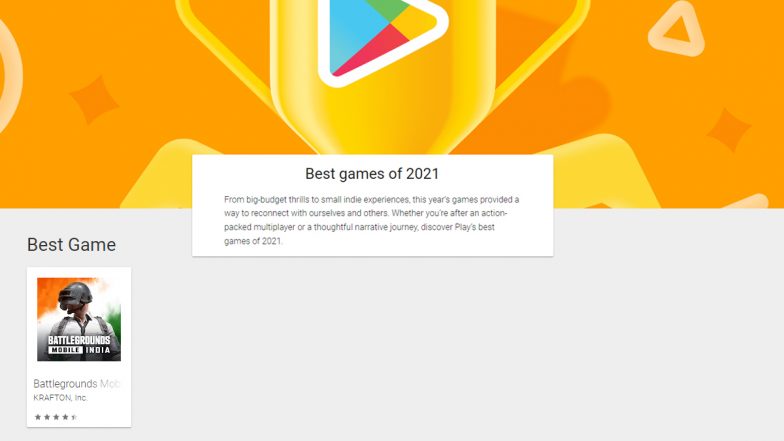 Apart from this, Garena Free Fire Max is the winner of the Users' Choice Game of 2021. Games such as Marvel Future Revolution, Pokemon UNITE, Summoners War: Lost Centuria, Suspects: Mystery Mansion have been included in the 'Best Competitive' games section. Top-selling books of 2021 include Dune, Project Hail Mary: A Novel, The 48 Laws of Power, Harry Potter and the Sorcerer's Stone and more. Users can head over to a dedicated section on Google Play to check more apps, games, audiobooks, that are awarded.

(The above story first appeared on LatestLY on Dec 09, 2021 12:51 PM IST. For more news and updates on politics, world, sports, entertainment and lifestyle, log on to our website latestly.com).