Meta-owned photo-sharing Instagram is rolling out a new profile banner that will display a user's upcoming live streams. 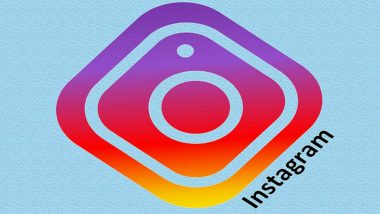 San Francisco: Meta-owned photo-sharing Instagram is rolling out a new profile banner that will display a user's upcoming live streams. Instagram head Adam Mosseri noted that users can now display a badge on their profile to let others know that they have a live stream coming up, TechCrunch reported on Thursday. Instagram Begins Testing Subscription Feature for Creators To Sell Exclusive Content.

Once the banner is up, followers can subscribe to get reminded about the live stream. Users can create as many scheduled Lives as they would like. If there is more than one upcoming Live, they will be displayed as a side-scrolling list.

Mosseri noted that in the past, users would notify their followers about upcoming Lives through a post or Story. With this new feature, Instagram is launching a dedicated way for users to notify others about scheduled Lives, the report said.

The badge will not only be visible to the followers, but also to anyone else who may come across a profile, which could attract more viewers. In the same video, Mosseri also outlined that users can now remix any video content on the app, which is a change that Instagram announced a few days ago.

The company officially launched Remix, which is its version of TikTok Duets, in March 2021. The feature lets users record their Reels video alongside a video from another user. In addition to these new features, Instagram also recently launched an early test of creator subscriptions in the US. Select creators are now able to offer their followers paid access to exclusive Instagram Live videos and Stories.

(The above story first appeared on LatestLY on Jan 27, 2022 04:45 PM IST. For more news and updates on politics, world, sports, entertainment and lifestyle, log on to our website latestly.com).