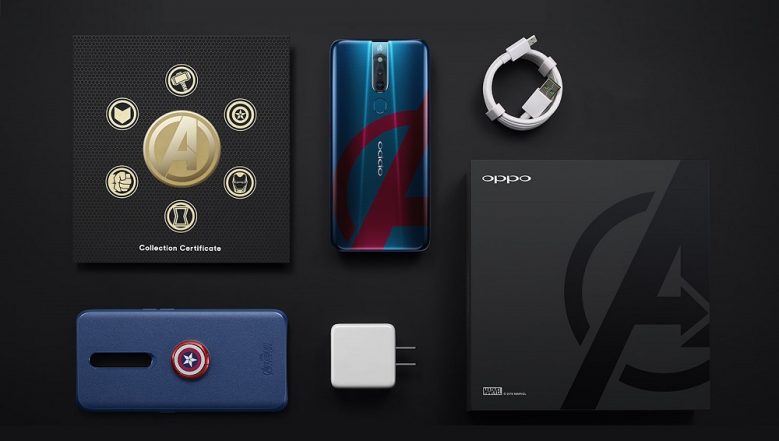 Gurugram, April 26 (IANS) Chinese smartphone maker OPPO on Friday launched a new F11 Pro Marvels Avengers Limited Edition smartphone in collaboration with Marvel Studios.  Priced at Rs 27,990, the design of the smartphone is named Space Blue -- blue background covered with an intricate hexagonal pattern at the back. It features gradient effects as the colour changes in different lights -- from steel blue in the middle to midnight blue on both sides. Vivo Recorded 119 Percent Growth in Indian Smartphone Market During Q1, 2019.

"The bold red Avengers 'A' collides with the blue background to form the classic red-blue colour-blocking and also echoes the red switch button on the side, highlighting the Avengers' logo," said the company.

Each smartphone with 6GB RAM and 128GB ROM is equipped with a Captain America-themed case with extra protection and durability.