PUBG: New State To Be Launched by Krafton Globally on November 11, 2021

South Korean game developer Krafton on Friday announced that its upcoming game 'PUBG: New State' will officially launch on iOS and Android in more than 200 countries on November 11. 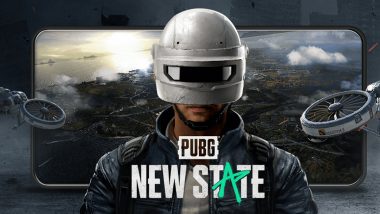 "PUBG: New State inherits the core of the PUBG IP and will have a competitiveness in and of itself on the global market. "Krafton will continue to produce games that will be enjoyed by players across the world. We're committed to offering an expanded experience based on the belief that games will become the most powerful type of media," CH Kim, CEO Krafton said in a statement.

In FOUR hours, we will be releasing our Launch Trailer, where we will finally announce the "big news"

We will also release our Media Showcase right after the trailer, so be sure to subscribe to our YouTube channel to catch all the action!https://t.co/VRs7tIttRS#pubgnewstate pic.twitter.com/hzLi4R3Jr6

The company earlier announced that PUBG: New State has surpassed more than 50 million pre-registrations on iOS and Android as of the online showcase. Pre-registrations originally opened in February 2021 when Krafton formally revealed the game. Krafton said the game recreates PUBG: Battleground's original Battle Royale experience, making it the most realistic battle royale game on mobile.

The company also mentioned that it has been investing heavily in the development of Indian gaming, e-sports and IT entertainment industries with the establishment of its Indian office. The company recently announced that after making it available for Android users, its Battlegrounds Mobile India is now available for iOS users.

(The above story first appeared on LatestLY on Oct 22, 2021 01:22 PM IST. For more news and updates on politics, world, sports, entertainment and lifestyle, log on to our website latestly.com).