Social discussion forum Reddit is reportedly testing a feature that would allow its users to set any NFT (non-fungible token) they own as their profile picture. 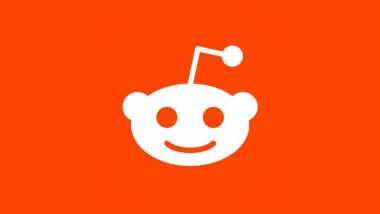 San Francisco: Social discussion forum Reddit is reportedly testing a feature that would allow its users to set any NFT (non-fungible token) they own as their profile picture. A similar feature that allows users to set their NFTs as profile pictures was recently launched on Twitter, where the photos themselves provide information about the NFT when clicked and appear as hexagon-shaped images to differentiate them from the standard Twitter profile pictures, TechCrunch reported. Reddit To Shut Down Dubsmash on February 22, 2022.

Details about how Reddit's support for NFTs would work, however, aren't yet decided. In a statement provided to the website, Reddit explained this particular NFT test is in very early stages and hasn't been made available to public users on the site.

Am I the only person who thinks the word "non-fungible" has the perfect ring to it?

"We are always exploring ways to provide value for users and communities on Reddit. At the moment we're testing the ability to use NFTs as profile pictures (avatars) and verify ownership," Reddit spokesperson Tim Rathschmidt was quoted as saying.

"It is a small, internal test and no decisions have been made about expanding or rolling out the capability," Rathschmidt added. Reddit has been experimenting with various initiatives around NFTs for some time now, having even set up a dedicated page for NFT-related activities at nft.reddit.com, the report said. For the time being, the page primarily focuses on the CryptoSnoos, which are Reddit's own digital collectibles, it added.

(The above story first appeared on LatestLY on Jan 28, 2022 08:43 AM IST. For more news and updates on politics, world, sports, entertainment and lifestyle, log on to our website latestly.com).