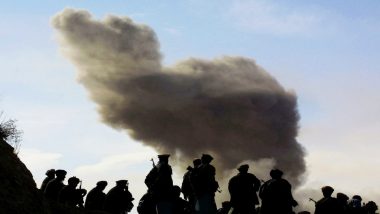 Several dozens of militants tried to overrun the police station and local government offices, he said.

"The clashes continued until early Monday and security forces repelled the attackers and the Taliban insurgents were forced back from the district after at least six militants were killed and several others wounded," the source added.

In neighbouring Badakhshan, seven policemen and five Taliban members were killed and two police injured after Taliban attacked a security checkpoint in Arghanjkhwa district, according to a provincial government spokesman.

He noted that several foreigners were among the militants who attacked the key checkpoint in the mountainous district.

The two provinces have been the scene of heavy clashes between Taliban and security forces for years.

Since the signing of a peace agreement between Taliban and the US in February, Afghan leaders, including President Mohammad Ashraf Ghani, have frequently demanded the Taliban to reduce violence.

The militants, however, have intensified attacks.

(The above story first appeared on LatestLY on Jul 13, 2020 12:34 PM IST. For more news and updates on politics, world, sports, entertainment and lifestyle, log on to our website latestly.com).