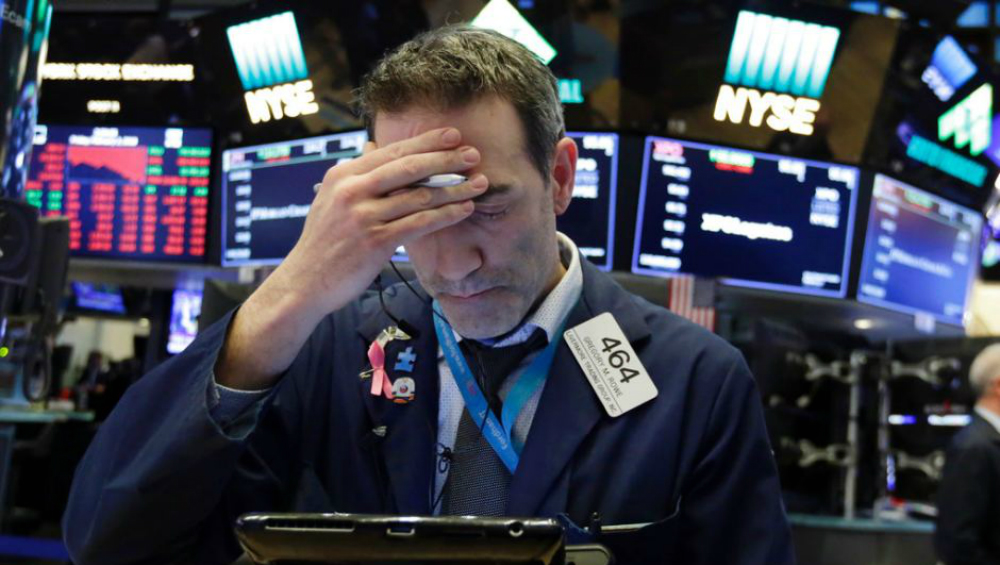 New York, February 28: Wall Street stocks were in free-fall again Friday morning, suffering another steep decline as fears of an economic slowdown due to coronavirus again pummeled global markets. There were fresh signs of the economic hit, with United Airlines announcing it was grounding more flights to Asia, and survey results suggesting a big impact on shopping malls if the virus grows in the US.

"The risk of pandemic is rising and the human toll as well as the economic cost are not knowable," said FHN Financial's Chris Low. "Investor fear is understandable when earnings are in doubt." American Novelist Dean Koontz Predicted Coronavirus Four Decades Ago, Suggest Conspiracy Theorists.

US stocks were poised to conclude their worst week since 2008, reflecting diminishing expectations for the global economy due to the COVID-19 epidemic in China and the spread of the illness to other countries.

The number of new coronavirus cases in the world rose to 83,853, including 2,873 deaths, across 56 countries and territories, according to data from official sources.

"It is becoming clear that this year's high earnings growth expectations are unlikely to be met, so stretched valuations ... are being reined in and speculative excess is being wrung out of stock prices," said Briefing.com analyst Patrick O'Hare. But some investors are also eyeing the pullback as a potential buying opportunity.

"There is significant evidence mounting there is likely to be a sharp oversold rally," said a note from Canaccord Genuity equity strategist Tony Dwyer. "For now, just expect a sharp snapback rally that will likely be tested, which should prove a terrific buying opportunity given the fundamental backdrop of an easy Fed, historically low rates, full employment, and widely available credit." Coronavirus Epidemic: COVID-19 to Cost World Tourism at Least $22 Billion, Says Global Tourism Body.

Losses were broad-based, with Dow members Boeing, Coca-Cola, Johnson & Johnson and Walmart all off more than five percent. United Airlines dropped 2.6 percent as it announced it was reducing flights to Tokyo, Singapore and other leading markets, and extending a grounding to airports in China.