The Australian government on Sunday announced an A$1.1 billion ($678 million) funding package to support the country's most vulnerable amid the coronavirus pandemic. 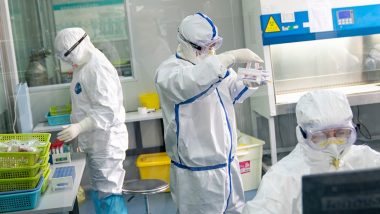 Canberra, March 29: The Australian government on Sunday announced an A$1.1 billion ($678 million) funding package to support the country's most vulnerable amid the coronavirus pandemic.

A total of A$150 million will be spent on domestic, family and sexual violence initiatives after data from Google revealed a 75 per cent uptick in searches related to domestic violence since the government introduced social distancing measures.

Telehealth services, which are subsidized by Medicare, will receive a A$669 million funding boost.

"We want to ensure that they can continue to get access to healthcare and health advice and support from General Practitioners, which is why this measure is being put in place."

The number of confirmed cases in Australia was 3,809 as of Sunday morning.

Health authorities in Queensland and Victoria on Sunday confirmed two more deaths overnight, both of whom were over the age of 75, bringing the national tally to 16.

Hunt said on Sunday that the rate of infection has slowed in recent days on account of stricter social distancing rules.

The government has also ramped-up its public communications about the virus, launching a smartphone application and official WhatsApp messaging service, which Morrison said would enable it "to talk to Australians in terms of basic health advice".

Morrison and Treasurer Josh Frydenberg are expected to announce a third stage of economic stimulus measures, which will include income support measures, in the coming days.

(The above story first appeared on LatestLY on Mar 29, 2020 12:14 PM IST. For more news and updates on politics, world, sports, entertainment and lifestyle, log on to our website latestly.com).