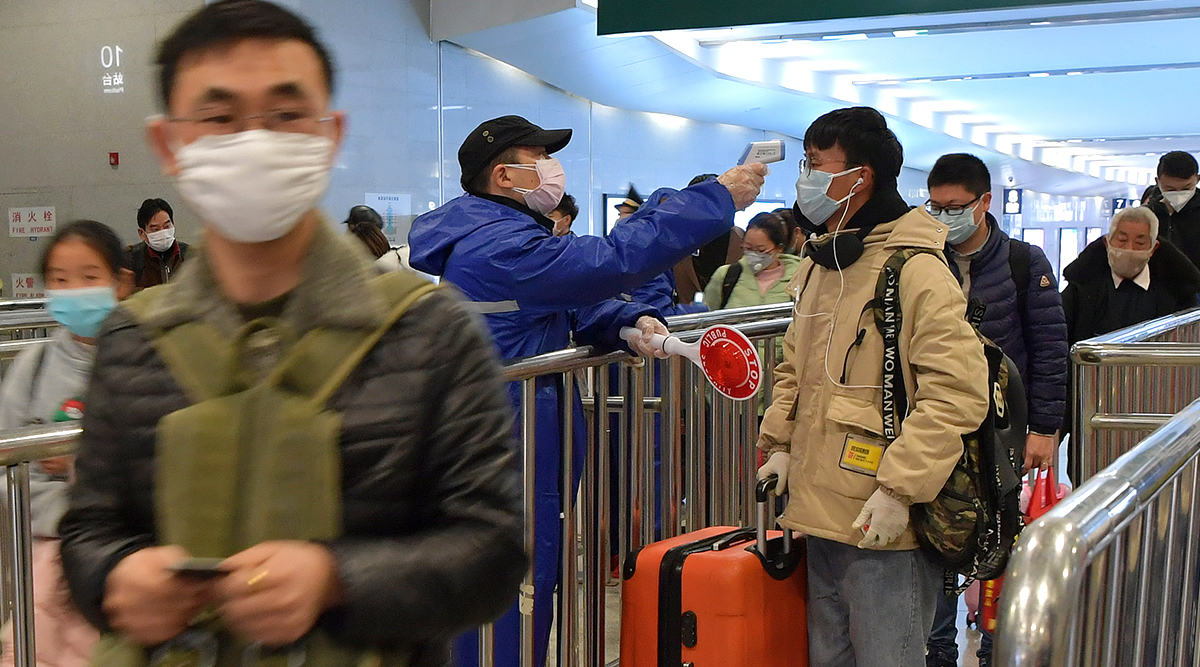 Seoul, February 22: South Korea reported 142 more coronavirus cases Saturday, the sharpest spike in infections yet, with more than half of the new cases linked to a hospital in a southern city. The national toll of 346 is now the second-highest outside of China, with the jump in cases at a hospital in Cheongdo following a similar spike among members of a religious sect in the nearby city of Daegu.

"Most of the hospital's patients who have been diagnosed are those who had been staying as inpatients for mental illnesses," Seoul's vice health minister Kim Gang-lip told reporters. Authorities reported another death on Saturday, taking the toll to two. Both victims had been inpatients at the hospital.

More than 150 members of the Shincheonji Church of Jesus have now been infected, starting with a 61-year-old woman who developed a fever on February 10 but attended at least four services at the church's Daegu branch before being diagnosed.

The mayor of Daegu -- South Korea's fourth-biggest city, with a population of over 2.5 million -- has advised locals to stay indoors, while access to a major US military base in the area has been restricted. KCDC said some 9,300 Shincheonji members in Daegu have either been quarantined at facilities or asked to stay at home. Among them, 544 said they had symptoms, health officials added.

Cheongdo, some 27 kilometres south of Daegu, is the birthplace of Shincheonji's founder Lee Man-hee. County officials said Friday that a three-day funeral was held for his brother three weeks ago at a hall owned by the hospital. Shincheonji is often accused of being a cult and claims its founder Lee has donned the mantle of Jesus Christ and will take 144,000 people with him to heaven on the day of judgement.

But with more church members than available places in heaven, they are said to have to compete for slots and pursue converts persistently and secretively.

President Moon Jae-in on Friday called for a "thorough investigation" of everyone who attended the funeral and Shincheonji services.

The central government on Friday had declared Daegu and Cheongdo "special management zones", with Prime Minister Chung Sye-kyun saying the region would be supported with medical personnel, beds and equipment and the cabinet will meet three times a week to discuss the outbreak. Authorities in Seoul banned public rallies at three main locations on health and safety grounds.

The US army garrison in Daegu -- where around 10,000 soldiers, civilians and family members live or work -- has restricted access and instructed any American troops who recently attended Shincheonji services to self-quarantine. Shincheonji offered an apology, suspending its worship services and gatherings nationwide. COVID-19 Outbreak: 59 Hong Kong Police Quarantined After Meal with Coronavirus colleague.

"We are deeply sorry that because of one of our members, who thought of her condition as a cold because she had not travelled abroad, led to many in our church being infected and thereby caused concern to the local community," it said in a statement. But its leader Lee told his followers the outbreak had been "caused by the Devil" and compared it to the biblical testing of Job, Yonhap news agency reported.