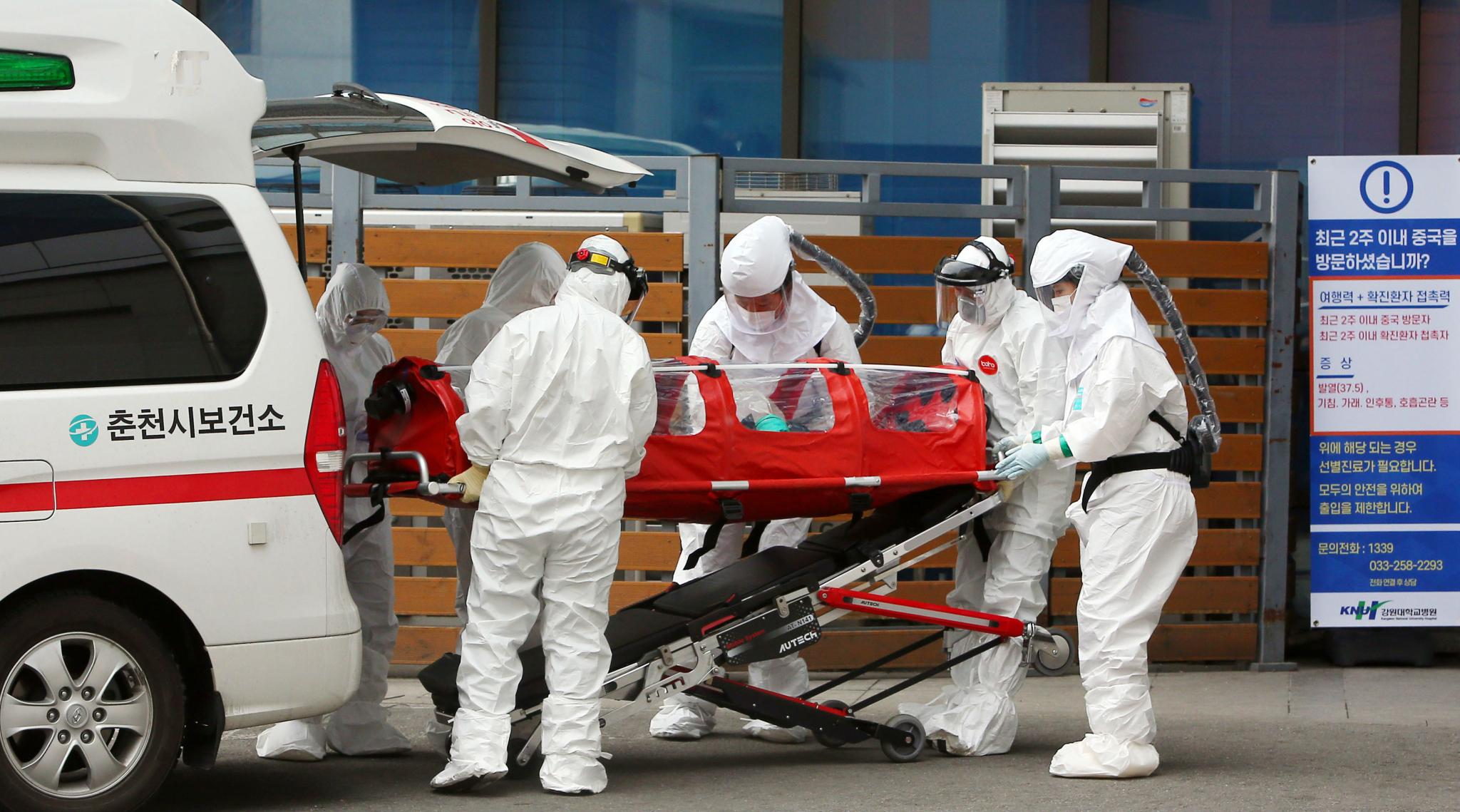 Seoul, February 23: South Korea reported two additional deaths from coronavirus and 123 more cases Sunday, with nearly two thirds of the new patients connected to a religious sect. The national toll of 556 cases is now the second-highest outside of China, apart from the Diamond Princess cruise ship in Japan, after the number of the infections soared in recent days.

The two deaths take the countrywide toll to four. One of the victims was at a hospital in Cheongdo, a southern city linked to the religious sect, where around 100 cases were reported. Coronavirus Outbreak: South Korea Reports 142 More COVID-19 Cases, Bringing Total to 346.

Among the latest infections, 75 involved the Shincheonji Church of Jesus in the southern city of Daegu, the Korea Centers for Disease Control and Prevention said in a statement.

Hundreds of members of the church have now been infected, starting with a 61-year-old woman who developed a fever on February 10 but attended at least four church services in Daegu before being diagnosed. Daegu -- South Korea's fourth-biggest city, with a population of 2.5 million -- reported more than 90 new cases on Sunday, bringing the city's total to 247, mayor Kwon Young-jin said.

"The crisis level of Daegu and the North Gyeongsang province is grave," said Kwon, who advised locals to stay indoors. The mayor asked all Shincheonji members with symptoms to come forward and be tested. "Hiding is not the answer. If you hide, it could hurt your health, your family's health, and will not help in the early cessation of the situation," Kwon told a news conference.

Daegu and Cheongdo -- the birthplace of Shincheonji's founder Lee Man-hee -- were desginated as "special management zones" on Friday.

The US State Department on Saturday raised its travel advisory to South Korea, joining a handful of countries bolstering their vigilance against the country's recent spike in the number of infections. COVID-19: South Korea Confirms 100 More Coronavirus Cases.

Britain has also advised its nationals "against all but essential travel to Daegu and Cheongdo", while Israel refused to allow non-Israelis to disembark from a plane that departed from South Korea on Saturday.