England: Schoolgirl Helps Catch Sex Offender After Taking Photos While Fighting Him Off in Leeds

Reportedly, the suspect forced the minor into the woods after grabbing her by the waist as he threatened her with a knife. the girl got her hand sliced when she fought her attacker off. She then took out her phone and snapped pictures of her attacker before he fled the scene. 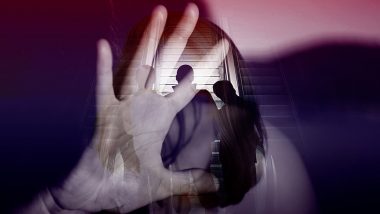 England, November 26: A schoolgirl has been awarded with "police bravery award" for helping cops catch a sex offender. The incident took place in February 2019, when Alexandra Muresan, then only 15, was approached by the suspect with a knife in his hand when she was on her way to her school in Leeds, West Yorks. The suspect, Nathan Rawson, assaulted Alexandra. However, the minor managed to get away from the suspect and take a photograph of him. Gruesome! Sex Workers Found Brutally Murdered in Rome, Suspected Serial Killer Arrested.

Her photograph helped the cops nab Nathan Rawson. Alexandra, now 19, has been awarded a bravery award for her actions, which put Rawson behind the bar for 13 years. Rawson was brought to justice with the help of the pictures taken by Alexandra. Talking about the incident, the girl recalled that she feared that she would be ‘killed or raped’. “When he came towards me, I saw the handle of his knife and I just grabbed it and started pulling. There was just so much adrenaline - my whole body was shaking. I don’t know why - it’s what came to mind straight away and I just did it," the hero teen added. 'Serial Killer' Wanted For Murder of Three Sex Workers in Mexico's Tijuana on Run, Manhunt Launched.

Reportedly, Rawson forced the minor into the woods after grabbing her by the waist as he threatened her with a knife. Alexandra got her hand sliced when she fought her attacker off. She then took out her phone and snapped pictures of Rawson before he fled the scene. Rawson has a criminal history of kidnapping, wounding, possession of an offensive weapon, and two unrelated counts of burglary, and he was convicted of a sexual assault of a woman.

(The above story first appeared on LatestLY on Nov 26, 2022 07:44 PM IST. For more news and updates on politics, world, sports, entertainment and lifestyle, log on to our website latestly.com).