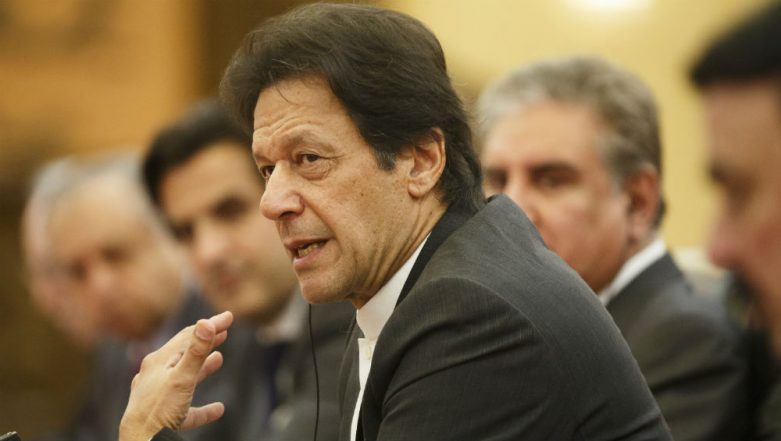 Islamabad, May 9: The elevation of Maryam Nawaz as a vice president of the Pakistan Muslim League-Nawaz was on Thursday challenged by the ruling Pakistan Tehreek-e-Insaf party led by Prime Minister Imran Khan, saying her appointment violated the country's Constitution.

Maryam is the politically savvy daughter of three-time former prime minister Nawaz Sharif, who is now in jail after being convicted in a corruption case.

"Maryam Nawaz has been declared disqualified for any political or public office," the PTI claimed in the petition.

According to the plea, 45-year-old Maryam's appointment to a senior post in the PML-N went against the law and the Constitution. It also covered the legal basis under which Maryam is ineligible to hold public office and includes a detailed mention of the court decisions on the 2016 Panama Papers scandal.

In July 2018, an accountability court announced the verdict in the Avenfield properties corruption case, sentencing Maryam to seven years for abetment after she was found "instrumental in concealment of the properties of her father" and one year for non-cooperation with the National Accountability Bureau (NAB). She was also disqualified from contesting polls after being convicted.

The Sharif family has rejected all corruption charges and said the cases against them were politically motivated. In January this year, the Supreme Court upheld an Islamabad High Court verdict that had ordered the suspension of prison sentences awarded to Maryam and her father, Sharif.

But the petition submitted to the ECP said that an accountability court "declared the PML-N leader to be ineligible for public office" and added that a party position is not in private capacity.

It stated that political parties have an influence on the entire political system and claimed that in the void of a party president, Maryam will use the elected president's authority.

It pointed out that the apex court had disqualified her father, Sharif, from his party position as well and said that the ECP should declare her appointment to be null and void.

The "Panama 'rani' cannot keep the position of the vice president," PTI lawmaker Habib said. Another lawmaker Shauzab said no one would be allowed to violate the Constitution.

Following Maryam's appointment, Special Assistant to the Prime Minister on Information and Broadcasting Firdous Ashiq Awan had termed it as illegal and said it portrayed the dictatorial mindset of that [PML-N] party.