According to the military prosecution, on April 15 her parents filed a complaint with police, saying their daughter had been 'sexually assaulted at an earlier date' which was not given. 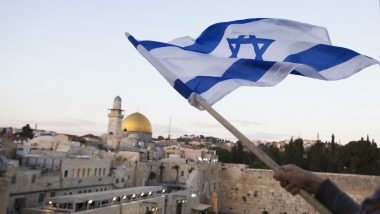 Jerusalem, 25 June: Israeli military prosecutors on Tuesday dropped charges against a Palestinian accused of raping a Jewish child and ordered his immediate release, after evidence against him was found to be flawed.

"The evidence presented as the basis for the indictment does not at the moment provide a reasonable chance of a conviction," said a statement by the military prosecution, which had filed the initial charges against Mahmud Katusa, 46. Jared Kushner's Peace Plan for Israel-Palestine Does Not Include Two-State Solution.

"Therefore, according to the law the indictment must be revoked and Katusa must be freed from custody," it said. The cancelled charges were of "aggravated rape, assault and kidnapping of a seven-year-old girl."

According to the military prosecution, on April 15 her parents filed a complaint with police, saying their daughter had been "sexually assaulted at an earlier date" which was not given. It said that on May 1 the child identified Katusa as her attacker and he was subsequently questioned and arrested.

It did not give the date on which he was detained. The case has been mired in controversy all along. Katusa is from the village of Deir Qadis in the Israeli-occupied West Bank. Israeli media say the child lives in a nearby Israeli settlement.

After he was charged on June 16, right wing politicians -- possibly with an eye to a September 17 general election -- rushed to condemn it as an act of Palestinian terrorism. Former defence minister Avigdor Lieberman of the hardline Yisrael Beitenu party said it was precisely the type of incident for which he had been lobbying for capital punishment for Palestinian perpetrators. Israel to Withhold USD 138 Mn from Palestinians over Prisoner Payments.

Palestinians in the West Bank are tried by Israeli military courts. Public Security Minister Gilad Erdan, in charge of the police, ordered them to investigate whether the girl was attacked for Palestinian nationalist motives.

He cited anti-Israeli hatred propagated by the Palestinian authorities in the West Bank. Israeli media have reported alleged shortcomings of the investigation, noting the date and location of the alleged stack were unclear as was the manner in which it may have been carried out.

Katusa's lawyer said it was not even proven conclusively that any rape had taken place. Tuesday's statement said that despite the setbacks, Katusa remained a suspect. "The police investigation is continuing," it said.

(The above story first appeared on LatestLY on Jun 25, 2019 11:02 PM IST. For more news and updates on politics, world, sports, entertainment and lifestyle, log on to our website latestly.com).