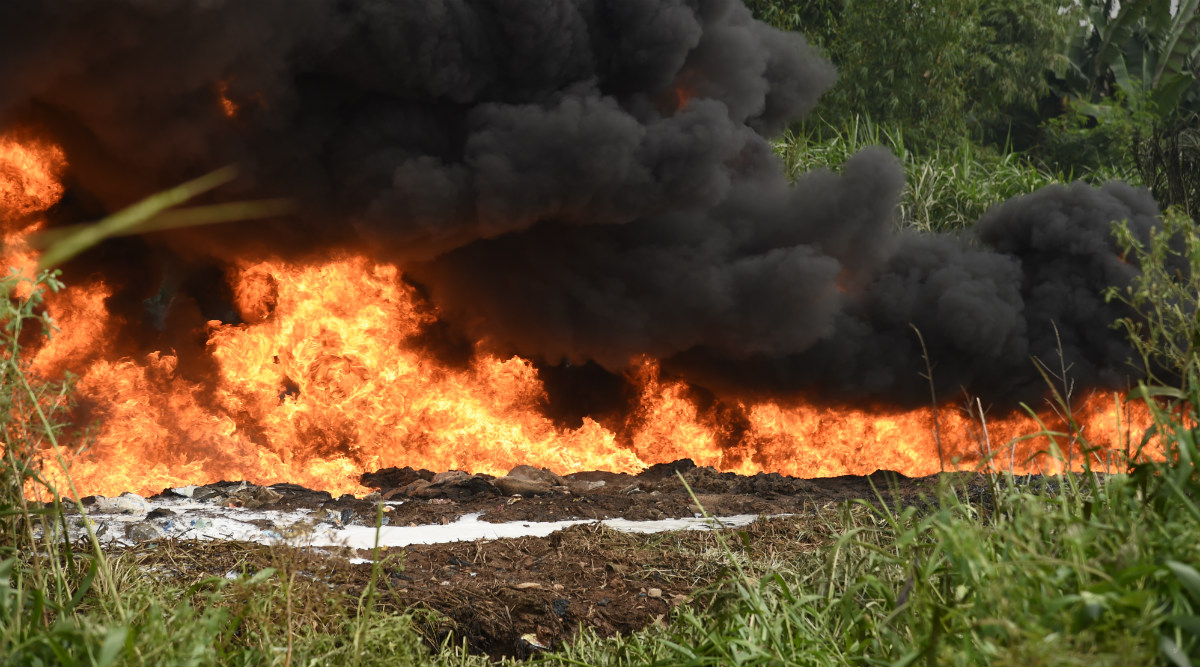 The incident, which happened on Sunday evening in the Abule-Egba area, is Fire on Oil Pipelinethe latest in a long string of such accidents.

"We recovered the bodies of two men, a woman and her child from the scene of the fire around 4:00 this morning," Ibrahim Farinloye, acting zonal coordinator of the National Emergency Management Agency (NEMA), told AFP.

"Several buildings, shops and some articulated vehicles were engulfed in the inferno," he said.

Farinloye said the fire was caused by vandals who broke open a state-run pipeline in order to steal petrol, causing panic among residents of the area. He said thick smoke billowed from the scene before fire fighters could put out the blaze.

Hundreds of lives have been lost in recent years due to vandals bursting pipelines to steal petrol, sometime resulting in explosions. In 2018, several people died in a similar incident in the Abule-Egba area.