United Furniture Begins Layoffs During Midnight Hours, Sacks Over 2,500 Employees by Text Days Before Thanksgiving in US: Reports

The mass firing left many including truck drivers and factory workers in North Carolina, Mississippi and California without a job. 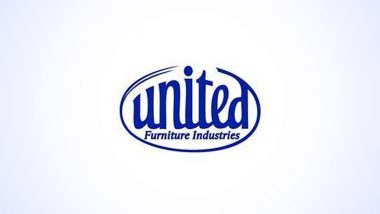 Mississippi, November 27: United Furniture Industries, a Mississippi-based company that had become one of the largest furniture businesses in America has laid off nearly its entire workforce with no notice or redundancy pay and broke the news via text messages and emails. The mass firing left many including truck drivers and factory workers in North Carolina, Mississippi and California without a job.

United Furniture Industries made the mass firing announcement on Tuesday, just two days before Thanksgiving and while many were sleeping, reported New York Post.

The company sent another email to the staff informing them that their layoff from the company is expected to be permanent and all benefits will be terminated immediately without provision of ‘COBRA’. COBRA is the federal law that gives people who lose their jobs an option to keep their employer-sponsored health insurance coverage under some circumstances. Alphabet Layoffs: Google’s Parent ‘Prepares’ To Fire 10,000 Employees

The company said that all workers would only be paid for the work they'd done, while delivery drivers out on the road would be paid until the end of the week. Reports said that a driver who was out on delivery got arrested for trying to remove furniture from his truck. Layoffs Season: Why Meta, Twitter, Amazon, Other Tech Companies Laying Off Employees All At Once and Why Experts Believe the Worst Is Yet To Come

Ex-staff member, Toria Neal, has filed a lawsuit against her firm on Wednesday alleging that the abrupt sacking by the company violated federal law as staff were not given the necessary 60 days' notice.

(The above story first appeared on LatestLY on Nov 27, 2022 01:13 PM IST. For more news and updates on politics, world, sports, entertainment and lifestyle, log on to our website latestly.com).