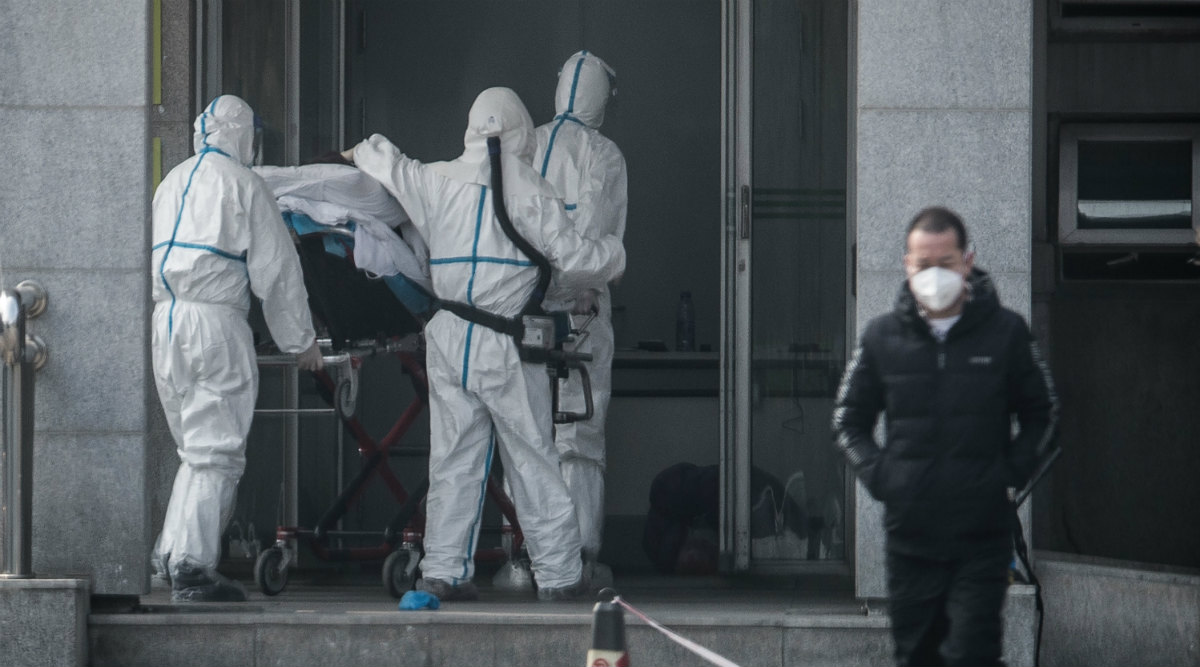 Wuhan, January 25: The central Chinese city at the epicentre of a SARS-like virus outbreak is building a second new hospital within weeks to treat cases, as angry patients faced hours-long waits at medical facilities overwhelmed with patients of a disease that has killed 41 and infected nearly 1,300.

The Chinese army has deployed medical specialists to help with treatment in the city of Wuhan, where a seafood and live animal market has been identified as the centre of the outbreak.

But people waiting at one hospital in the city were angry and frustrated.

"It takes at least five hours to see a doctor," one woman, who didn't want to be named, told AFP. "Nurses are brave but management is really messy." China to Make Hospital with 1000 Beds in 10 Days to Treat Coronavirus Patients in Wuhan (Watch Video).

They have already begun building a new field hospital to deal with the outbreak, which state media said could be ready in just over a week.

On Saturday, when they should have been celebrating, citizens of Wuhan stood in line at a pharmacy to buy masks from employees in full-body protective suits and surgical gloves.

The country's most important celebration has been all but cancelled for at least 56 million people as authorities expanded travel bans across central Hubei province to try and contain the spread of the virus.

On the eastern outskirts of Wuhan, police manning a roadblock turned away a handful of vehicles trying to exit the city.

"Nobody can leave," an officer told AFP.

But the police allowed some medical workers who had gone home for the holidays to re-enter the city to help at overwhelmed hospitals.

"They need us to go there, otherwise they will be too exhausted," said one of the women, pulling a suitcase.

But the respiratory contagion continues to spread.

The nationwide death toll has jumped to 41, the government said Saturday, after 15 more people died in Wuhan.

Confirmed infections also surged to 1,287, up from 830 reported 24 hours earlier. The government says most of the cases have been in Hubei and most of the deaths involved people who already suffered pre-existing health conditions.

The medics, who arrived on military aircraft late Friday, include doctors with experience combating SARS or Ebola and will be dispatched to hospitals that are reportedly short on beds due to a crush of infected patients and worried locals.

The National Health Commission also ordered nationwide measures to detect people carrying the virus on planes, trains and buses across the country.

"Everyone is just trying to protect themselves," said a man in a surgical mask at a Wuhan pharmacy where customers were stocking up on masks, gloves and disinfectant.

But the man, who declined to give his name, expressed confidence in Chinese authorities.

"The government is handling this. It's not a problem."

The virus has caused global concern because of its similarity to SARS (Severe Acute Respiratory Syndrome), which killed hundreds across mainland China and Hong Kong in 2002-2003 and spread to a number of other countries.

It has now infected people nationwide and in nearly a dozen other countries, with France saying three cases were confirmed there -- the first known European infections.

Beijing's Forbidden City, Shanghai Disneyland, and a section of the Great Wall are among many attractions that have closed as a precaution and state media said China's box-office earnings for Lunar New Year's Eve on Friday were just one-tenth of last year as people shunned crowds.

"Usually we celebrate as a family. Now, because of the virus I'm not even visiting my parents," said Wang Fang, a 49-year-old Wuhan native.

"It'll be great just to be able to make it through (the outbreak)."

China's aggressive response has won praise, especially compared to the SARS outbreak, when it was accused of reacting sluggishly and stonewalling the international community.

"China has been working very hard to contain the Coronavirus," US President Donald Trump tweeted, hours after the United States confirmed its second case.

"The United States greatly appreciates their efforts and transparency," he added.

The virus comes at a bad time for containment, with hundreds of millions of Chinese traveling long distances for the holiday.

Its emerged in late December, traced to a Wuhan seafood and live animal market that sold a vast range of exotic animals and other bushmeat.

The World Health Organization on Thursday stopped short of declaring a global emergency, which would have prompted greater international cooperation, including possible trade and travel restrictions.

Hong Kong's leader Carrie Lam declared the situation an "emergency" in the city on Saturday, where five people have tested positive for the virus so far, four of whom arrived via a newly built high-speed train terminal which connects with mainland China