Actors Emma Booth, Jackie Earle Haley and Brian d'Arcy James have joined the cast of thriller drama Where All Light Tends To. 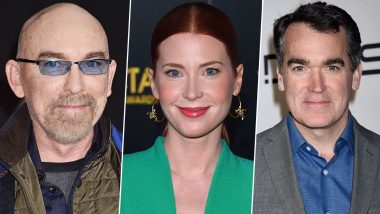 Actors Emma Booth, Jackie Earle Haley and Brian d'Arcy James have joined the cast of thriller drama Where All Light Tends To. As per Deadline, the Ben Young directorial is penned by Robert Knott with the script based on David Joy's novel. Abhishek Banerjee: Great Actors and Ambience Is What You Need for a Great Show.

The story is set in North Carolina's Appalachian Mountains, where Jacob McNeely is torn between appeasing his meth-dealing kingpin father and leaving the mountains forever with the girl he loves. Emma, Jackie and Brian have joined the previously announced leads Billy Bob Thornton, Robin Wright and Hopper Penn. IMPPA Urges Finance Minister Nirmala Sitharaman to Abolish GST Levied on the Film Industry.

The production of the film began on November 1st in Atlanta, Georgia. According to Deadline, the film will be produced by Griff Furst of Curmudgeon Films, Josh Kesselman of Thruline Entertainment and Wright. Ruth Bornhauser will co-produce.