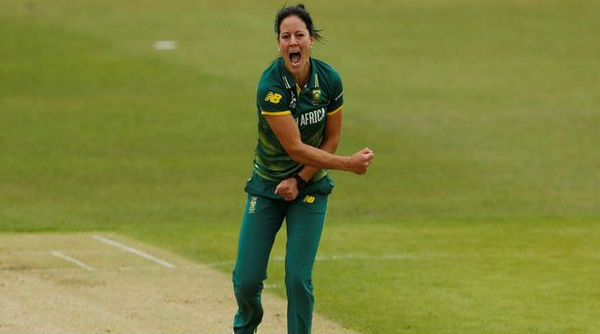 Sydney, October 26: South African Marizanne Kapp on Saturday became only the fourth bowler to take a hat-trick in the history of Women's Big Bash League. She achieved the feat in the side's match against Melbourne Stars. With this feat, she also became only the second Sydney Sixers bowler to take a hat-trick. She joined her wife and teammate Dane van Niekerk in achieving the feat for the team.

It was the penultimate over of the Stars' innings and Kapp dismissed Madeline Penna, Nicola Hancock and Holly Ferling off successive balls to take the hat-trick.In the match between Sixers and Stars, the former came out triumphant as they chased down a total of 108 in 17.1 overs.