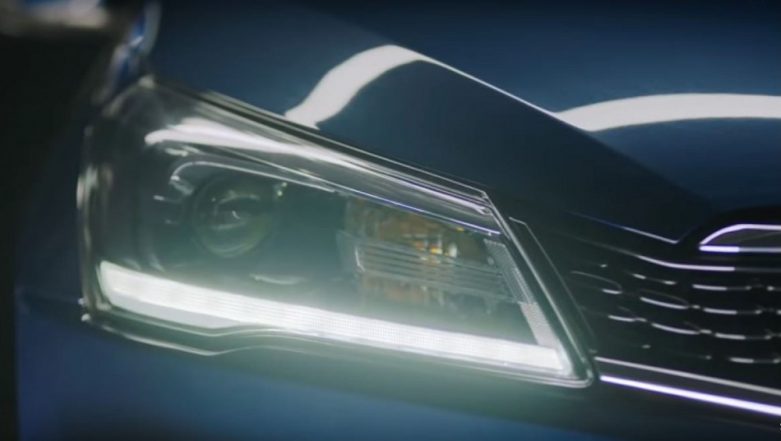 Maruti Suzuki will be launching the new 2018 Ciaz facelift in India today at an event, which is expected to commence from 1.45 pm IST. The Indo-Japanese car maker will also be streaming the launch event live on its official social media handles - YouTube and Facebook. With bookings already open for the new version of the mid-sized sedan, the company will be announcing the prices today. Moreover, India's leading car maker has started dispatching the sedan to its authorised dealerships, as units have been spotted at stockyards ahead of launch. Also, the new Ciaz brochure has been leaked online revealing important information about the sedan. 2018 Maruti Suzuki Ciaz Facelift: Expected Price, Launch Date, Specifications, Features, Bookings – All You Need to Know

The new Maruti Suzuki Ciaz now comes with a host of updates on the outside as well as inside along with new feature addition and a new powertrain. On the exterior front, the all-new Ciaz 2018 now features chrome-accented grille, redesigned front & rear bumpers, new LED projector headlamps, LED DRLs, redesigned LED tail lamps, 16-inch alloy wheels and much more.

We are just hours away from the big launch of #TheNewCiaz. Watch it LIVE here from 1.45 PM today. #NEXA #CreateInspire pic.twitter.com/6HHmtKEdxX

Talking about the powertrain options, the new Maruti Suzuki Ciaz 2018 now comes with a new petrol unit - 1.5-litre K15B, 4-cylinder engine. However, the 1.3-litre diesel engine remains untouched. The petrol engine is tuned to make 103bhp of max power with peak torque of 138Nm. The powertrain also comes with SHVS mild hybrid technology. The diesel engine can churn out 89bhp of maximum power and torque of 200Nm. The transmission duties on the new Ciaz are carried out by a 5-speed manual gearbox as standard. An optional AMT gearbox will also been on offer for petrol and diesel model. Maruti Suzuki Price Hike: Maruti Swift, Dzire, Brezza, Ertiga, Baleno & All Other Models Becomes Expensive by up to Rs 6100

As far as the prices are concerned, the new Ciaz 2018 is expected to be priced competitively that is likely to fall in the price bracket of Rs 8-13 lakh (ex-showroom). The sedan will heat up the mid-sized sedan space by competing against Honda City, Volkswagen Vento, Hyundai Verna, and Skoda Rapid.