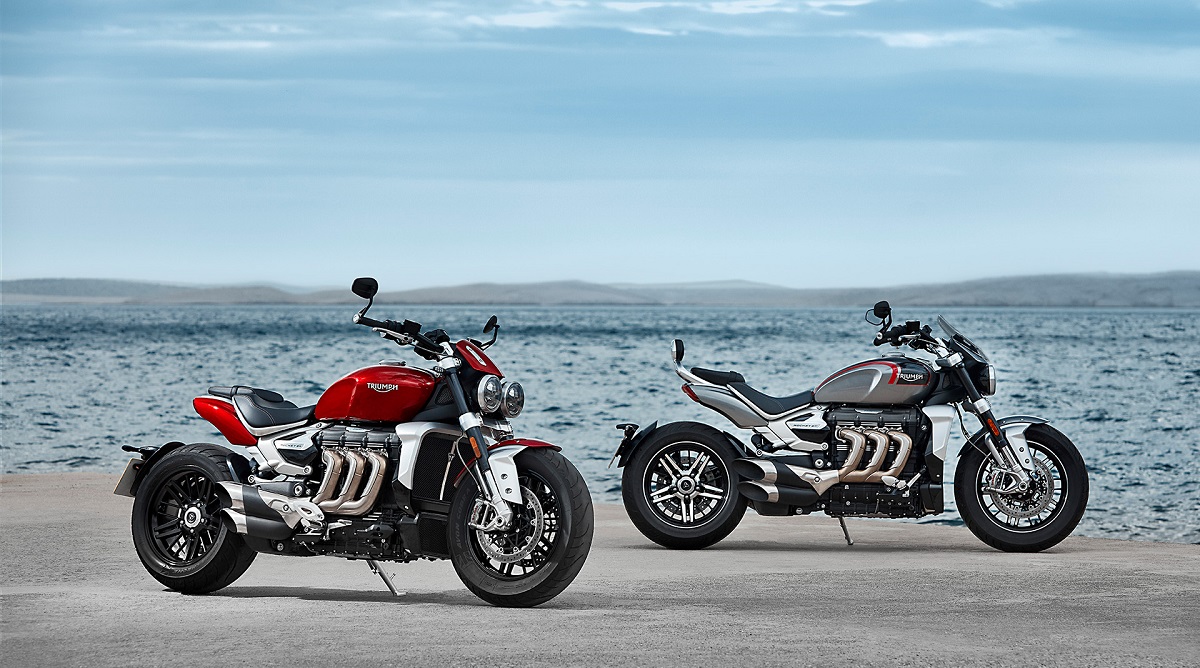 Triumph Motorcycle, the British two-wheeler manufacturer, officially launched the much-awaited Rocket 3 motorcycle in India. Launched at Rs 18 lakh (ex-showroom India), the new Rocket 3 motorcycle had been introduced just a day ahead of 2019 India Bike Week. Based on an all-new platform, the two-wheeler manufacturer has rolled out the Rocket 3 R version of the motorcycle, though it is available in two versions globally. Interestingly, the Rocket 3 is approximately Rs 2 lakh cheaper than the previous version. Triumph Motorcycle India Organised Distinguished Gentleman’s Ride Across India to Create Awareness on Prostate Cancer.

Mechanically, the newly launched Rocket 3 motorcycle comes powered by a 2,500cc, liquid-cooled engine that is capable of making 167hp of maximum power at 6,000 rpm and 221Nm of torque at 4,000 of rpm. Interestingly, the engine fitted on the Rocket 3 is the largest unit ever mounted on a mass-produced two-wheeler. Additionally, the motorcycle is also 40kgs lighter than the predecessor because of the new crankcase assembly, lubrication system and balance shaft. Though the previous version was more sort of cruiser, the newly introduced Rocket 3 falls on the lines of a power-cruiser. KTM 390 Adventure Motorcycle To Be Revealed at 2019 India Bike Week; Expected Price, Features & Specifications

The suspension duties on the new Triumph Rocket 3 are carried out by 47mm, compression and rebound adjustable, Showa USD forks up front, and a mono-shock at the rear with a Showa piggyback reservoir and remote adjuster. For deceleration, the motorcycle is equipped with twin 320mm discs up front and a 300mm disc at the back.

The main underlines of the new Rocket 3 motorcycle are twin-LED headlamps, neutral-set footpegs, straight handlebars, commanding stance, a cropped rear fender and twin slash-cut exhausts, single-sided swingarm and more. On the feature front, the new Rocket 3 is loaded with high-end features like four riding modes, traction control system, cornering ABS, hill-hold control, Bluetooth-enabled full-colour TFT dash and much more. With no direct rivals in the segment, the closest competitor of the motorcycle will be the popular Ducati Diavel 1260.