Auto Expo 2018: Ola, Uber Fantastic, But I Prefer to Drive My Own Car - Shahrukh Khan 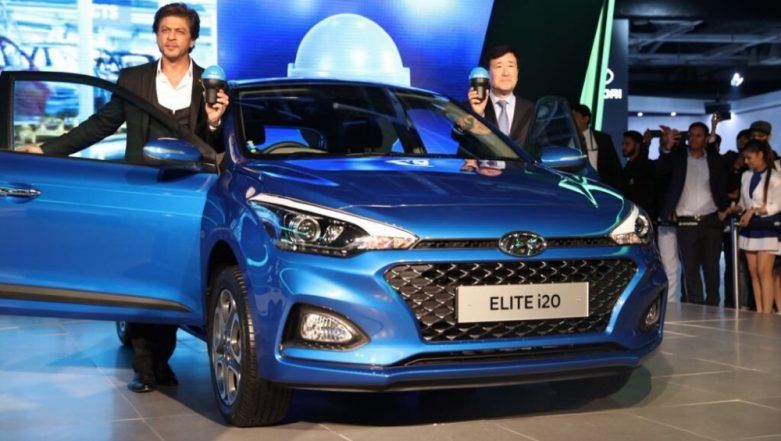 Greater Noida, February 9: Superstar Shahrukh Khan today said he prefers to drive his own car and he is also optimistic about the future of driverless vehicles, though he finds the concept of shared mobility "fantastic" with youngsters increasingly using services like Ola and Uber. Khan, who has often been target of trolls on social media platforms, also said they should not think that he has been made to remain quiet, as he is currently just "observing" how this new "machine" works.

The Bollywood star, speaking here at the Auto Expo, said that the automakers would need to ensure that the driver-less and electric cars are safe for passengers. "...We will be going a lot more electric in the future and second, there will be less and less drivers. I think there will be this move to driverless travel... lesser (number) of kids will learn how to drive, I think more machines will have to take over. But these (vehicles) will have to be safer, cleaner," said Khan, who is the corporate brand ambassador for auto major Hyundai. The 52-year old actor was speaking at a media interaction here at the Auto Expo 2018 for the launch of 'Swachh Can', a portable bin for users of Hyundai cars.

Starting March 1, all Hyundai cars will come with factory-fitted Swachh cans, through which the auto major is trying to complement the government's ambitious Swachh Bharat (Clean India) campaign. Hundreds of visitors had gathered at the Hyundai pavilion at the Expo here to catch a glimpse of King Khan, as the actor is commonly known as, who was dressed in a black suit with a waist coat.

He said pollution isn't a city-specific issue and it is unfortunate that Delhi becomes a case in point every time. "Being a Delhiite, I take that very personally. I think this is the coolest city... I think the electric part of it will have to come into being. So the faster we can do it, the better," he said.

The Raees actor, who has endorsed Hyundai brand for over two decades now, said his favourite car is Santro from Hyundai India's portfolio. The new edition of the popular model is expected to be launched around Diwali this year. Khan said another Hyundai car model that he likes is Genesis, which is yet to be launched in the Indian market.

Asked about his views on social media and trolls, Khan said it is a new technology that will take time to settle down. "I think it's in nascent stage... Data analytics, fake news, so much is happening. We assume that it has been there for 7-8 years... I don't think it has settled down," he said. He cautioned that one shouldn't "take everything at a face value" that they see on social media and that at times, it "takes away an honest voice". "It's nicer to sit back and not react to social media. Some may say it has blunted me or quietened me, but that is not true. I am just observing how this new machine works," he said. Khan also said while the concept of shared mobility was "fantastic" and youngsters are using services like Ola and Uber, he still prefers to drive his own car.