American automaker General Motors said it will expand the recall of Chevy Bolt electric vehicles equipped with South Korean supplier LG's batteries over fire risks, which is expected to additionally cost about $1 billion. 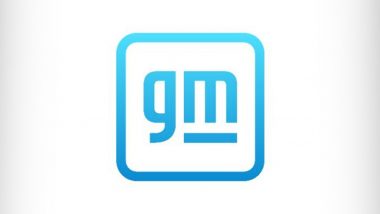 Seoul: American automaker General Motors said it will expand the recall of Chevy Bolt electric vehicles equipped with South Korean supplier LG's batteries over fire risks, which is expected to additionally cost about $1 billion. The latest recall covers 73,000 Bolt EVs and EUVs from model years 2019 through 2022 sold in the United States and Canada to replace the defective battery modules. It is on top of about 69,000 Bolt EVs from 2017-2019 model years included in the previous recall in July over the same issue, which cost about $800 million. MG Motor to Invest Rs 2,500 Crore by 2022-End to Ramp Up Halol Plant Capacity.

"In rare circumstances, the batteries supplied to GM for these vehicles may have two manufacturing defects -- a torn anode tab and folded separator -- present in the same battery cell, which increases the risk of fire," GM said in a statement.

"The reserves and ratio of cost to the recall will be decided depending on the result of the joint investigation looking into the root cause, currently being held by GM, LG Electronics and LG Energy Solution," LG said referring to its subsidiaries.

The recalls are a blow to GM's plan to go all-electric by 2035 and to LG Energy Solution, which is preparing to go public on the Seoul bourse later this year. GM said it will pursue reimbursement from LG after further investigation, saying it has discovered manufacturing defects in certain battery cells beyond the Ochang plant in South Korea, reports Yonhap news agency.

LG Energy Solution operates a battery factory in Michigan, while its joint venture with GM, Ultium Cells, has been building another facility in Ohio, with plans to open another in Tennessee. Earlier this month, LG Electronics set aside 234.6 billion won as a provision expense for the Bolt EV recall, while LG Chem earmarked 91 billion won.

LG said it has been actively working with its client and partners to ensure that the recall measures are carried out smoothly. LG Electronics has supplied GM with battery modules that are made with battery cells from LG Chem's wholly owned subsidiary, LG Energy Solution.

(The above story first appeared on LatestLY on Aug 23, 2021 10:16 AM IST. For more news and updates on politics, world, sports, entertainment and lifestyle, log on to our website latestly.com).