Jaguar Land Rover has formed a multi-year strategic partnership with graphics chip giant Nvidia to develop software for its SUVs launching in 2025 and later. 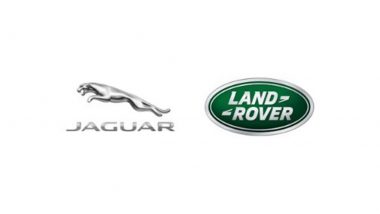 New Delhi: Jaguar Land Rover has formed a multi-year strategic partnership with graphics chip giant Nvidia to develop software for its SUVs launching in 2025 and later. Starting in 2025, all new Jaguar and Land Rover vehicles will be built on the Nvidia Drive software-defined platform with an aim to deliver a wide spectrum of active safety, automated driving, and parking systems as well as driver assistance systems. Jaguar to Become Fully Electric Brand from 2025 As Part of 'Reimagine Strategy'.

"Jaguar Land Rover will become the creator of the world's most desirable luxury vehicles and services for the most discerning customers. Our long-term strategic partnership with NVIDIA will unlock a world of potential for our future vehicles as the business continues its transformation into a truly global, digital powerhouse," Thierry Bollore, Jaguar Land Rover CEO said in a statement.

Inside the vehicle, the system will deliver AI features, including driver and occupant monitoring, as well as advanced visualization of the vehicle's environment. This full-stack solution is based on Nvidia Drive Hyperion, which features Drive Orin centralized AV computers; Drive AV and Drive IX software; safety, security, and networking systems; plus, surround sensors. Drive Orin is the AI brain of the car and runs the Jaguar Land Rover Operating System, while Drive Hyperion is the central nervous system.

Find out how our collaboration will transform the modern luxury experience for our customers: https://t.co/u6NaXfWqaW

"Fleets of software-defined, programmable cars will offer new functionalities and services for the life of the vehicles. We are thrilled to partner with Jaguar Land Rover to reimagine the future of transportation and create the most advanced cars," Jensen Huang, Founder and CEO at Nvidia noted.

Meanwhile, Nvidia reportedly scrapped the $40 billion deal to acquire British chip designer Arm, amid anti-trust probes in the US and Europe. According to a report in the Financial Times, citing sources, Nvidia will instead spend up to $1.25 billion to Arm owner SoftBank for failing to go through with the transaction. The Federal Trade Commission in December sued to block Nvidia's $40 billion acquisition of Arm from Softbank on antitrust grounds.

(The above story first appeared on LatestLY on Feb 17, 2022 11:53 AM IST. For more news and updates on politics, world, sports, entertainment and lifestyle, log on to our website latestly.com).