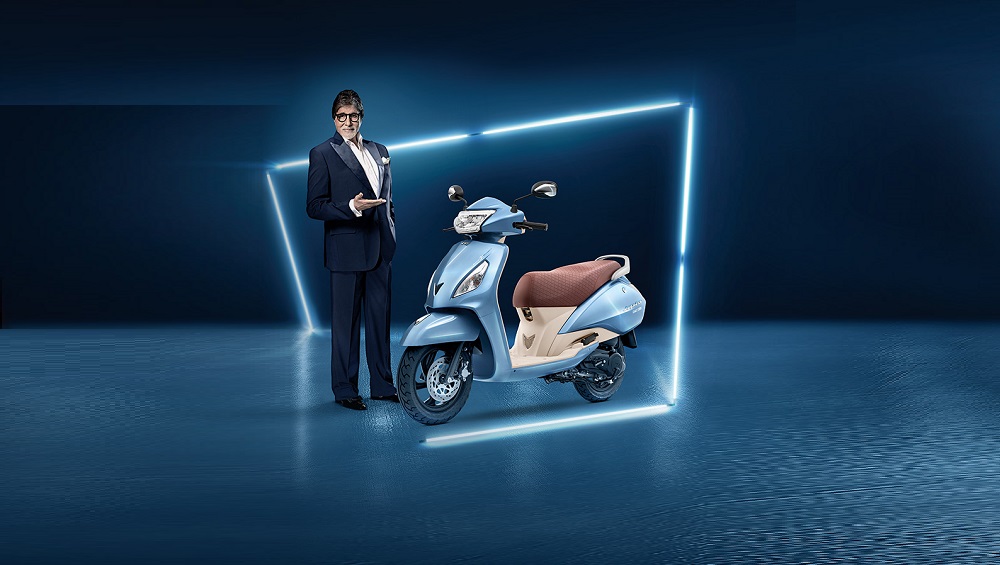 In a bid to attract more customers during the festive season, TVS Motor Company has launched a new updated version of its popular scooter offering - TVS Jupiter Grande in India. The scooter now comes with a Bluetooth enabled instrument panel for the domestic market. Priced at Rs 62,346 (ex-showroom), the refreshed version of Jupiter Grande now sports a front disc brake as standard fitment. The scooter now comes with company's SmartXConnect Bluetooth technology, which was last seen on TVS Ntorq 125. Honda Activa 125 FI BS6 Scooter Launched; Priced in India At Rs 67,490.

The Bluetooth system functions with a smartphone app, which is available on both Android & iOS platforms. The SmartXConnect system offers several features such as call and text notifications, over speeding alert, helmet reminder and auto-reply SMS. However, , the Jupiter Grande's console misses out on the turn-by-turn navigation function, which is seen on Ntorq 125. The smartphone app is also capable of recording the ride data. Apart from the added Bluetooth technology, the new Jupiter Grande also comes in a new Tech Blue shade complemented by diamond-cut alloy wheels.

The scooter comes with a new brown coloured seat cover featuring cross-stitched design. Moreover, the footboard gets a beige shade. The premium appeal of the scooter is underlined by chrome highlights on the front fender, rearview mirror housing, LED headlight and instrument console. It is important to note that the mechanical & hardware specifications of the scooter remains unchanged. 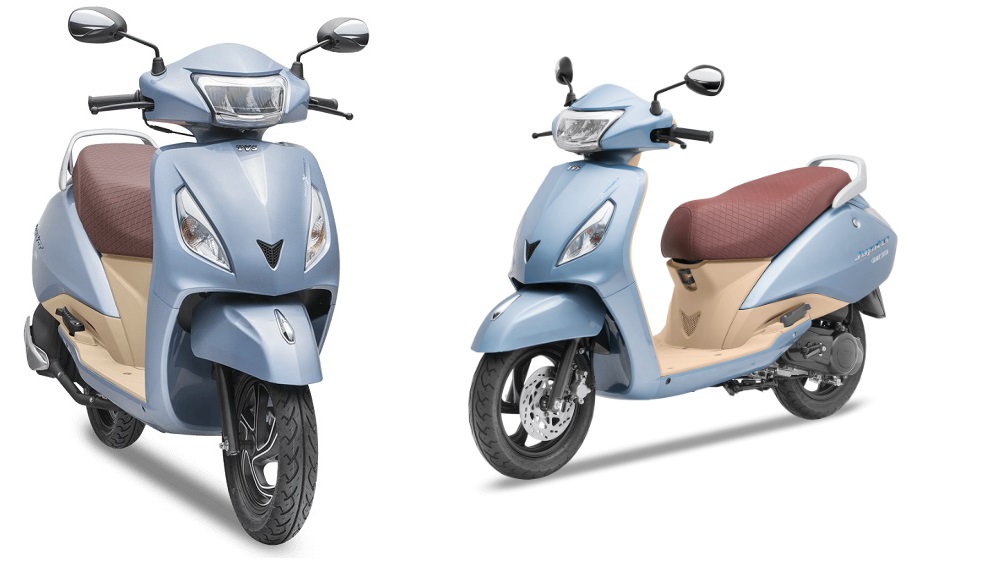 The updated Jupiter scooter is powered by the same BS4 109.7 cc, air-cooled OHC engine. The unit is tuned to make maximum power of 8PS @ 7500 rpm against 8.4Nm of peak torque @ 5,500 rpm. The deceleration duties on the scooter are carried out by drum brakes at both the ends. However, the scooter also comes with front disc brake as an optional fitment.

On the safety front, the scooter gets TVS Motor's Sync Brake System (Combi-braking system) as standard. For suspension, the scooter gets telescopic forks up front and an adjustable spring at the rear. The new TVS Jupiter Grande Edition is the first scooter in 110cc segment to feature a Bluetooth enabled SmartXConnect technology in India.