AR Rahman: I Am Extremely Proud to See Response to BAFTA Breakthrough India

Oscar and Grammy-winning Indian composer AR Rahman is proud to see the response to the BAFTA Breakthrough initiative in India, and says he wants to encourage more individuals from across film, games and television to get involved in the project. 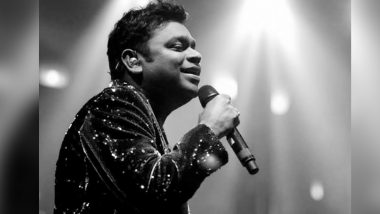 "We are so pleased with the uptake and I am delighted to see BAFTA extend the deadline to February 8. I encourage talented individuals from across film, games and television to get involved and submit their application for what could be a life changing experience," he added.

The initiative marks BAFTA's first steps into India. The talent hunt initiative will enable the Academy to identify and nurture up to five talents working in film, games, or television in India. The exercise, known as BAFTA Breakthrough initiative, is part of the Academy's year-round effort to support new talent, operating alongside their Awards ceremonies, and is supported by Netflix.

(The above story first appeared on LatestLY on Jan 21, 2021 09:12 PM IST. For more news and updates on politics, world, sports, entertainment and lifestyle, log on to our website latestly.com).