Ashutosh Gowariker Approached by a Hollywood Studio to Direct a Musical Next?

If all goes well, Ashutosh Gowariker may direct a Hollywood project next. The director has been approached by a studio there to helm a musical and the casting of which has officially begun. 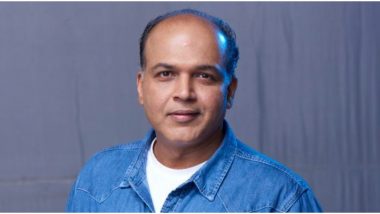 The big news is coming in from director Ashutosh Gowariker's camp and it also explains the reason why he hasn't announced his next Bollywood outing yet. If new reports are to believe, the director has been approached by a Hollywood studio to helm a musical and he has already given his nod to it. Gowariker's last release was Arjun Kapoor - Kriti Sanon's Panipat which hit the screens in 2019. Though it failed to mint in any great numbers, let's not deny he's the same director who has previously given a gem like Lagaan. Did You Know Karan Johar, Ashutosh Gowariker and Urmila Matondkar Starred in India’s Own Version of Stranger Things Back in the ’80s?

Coming to his Hollywood venture, the director was approached by the studio that has previously made movies like that has made Blade Runner 2049 (2017), The Blind Side (2009) and PS I Love You (2007). They want him to helm a musical and the director is currently working on a script. "After watching his Oscar-nominated film Lagaan and the majestic Jodhaa Akbar, the top brass at the studio felt he had the sensibilities to helm the big-budget musical drama. The deal was recently sealed. Gowariker and his team are fine-tuning the story that will be shot across India and the US. Due to the crisis, the recce is on hold. The team, however, has begun casting and will lock the leads in the coming months," said a source close to the director in his conversation with Mid-Day.

The director was apparently in touch with the studio for over two years and it was only recently that their deal was finalised. Gowariker's known for his historical and period sagas and also the grandeur with which he presents his work. Things are obviously going to get crazy and even bigger in Hollywood but we trust him, don't we? An official confirmation on the same is awaited and let's hope it comes very soon.

(The above story first appeared on LatestLY on Aug 06, 2020 08:30 AM IST. For more news and updates on politics, world, sports, entertainment and lifestyle, log on to our website latestly.com).

Comments
Tags:
Ashutosh Gowariker Blade Runner 2049 Jodhaa Akbar Lagaan Panipat PS I Love You The Blind Side
Comments
You might also like