Durgamati Trailer: Bhumi Pednekar's Promo Is Getting Both Love and Hate on the Internet

After Bhumi Pednekar's Durgamati trailer released, a host of movie buffs have called out Bollywood's constant need to remake movies. Some have even joked how it could be an Amazon Prime "original" when it's a remake. There are praises as well. So, check out some of the good and bad reactions to 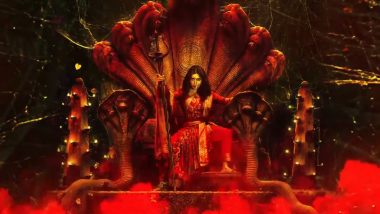 The first trailer for the upcoming horror film, Durgamati, had dropped online. It stars Bhumi Pednekar playing the role of a disgraced IAS officer, who is locked up to be interrogated in a haunted mansion. The movie, directed by Ashok is the remake of his Telugu film, Bhaagmathie. The original features Anushka Shetty in the lead role, so of course, there are going to be comparisons. Many fans of Anushka have not liked the new iteration, but many have praised Bhumi as well. Did Akshay Kumar's Promotional Song For Bhumi Pednekar's Durgamati - The Myth Get Cancelled For This Reason? (LatestLY Exclusive).

A host of movie buffs have called out Bollywood's constant need to remake movies. Some have even joked how it could be an Amazon Prime "original" when it's a remake. There are a few calls to boycott the movie, but that's happened os often this year, that it seems mandatory now. So, check out some of the good and bad reactions to Durgamati trailer below. Durgamati The Myth Trailer: Bhumi Pednekar Is Held for Interrogation in a Haunted Mansion in This Chilling Promo (Watch Video).

Watch The Trailer For Bhagmati Here: 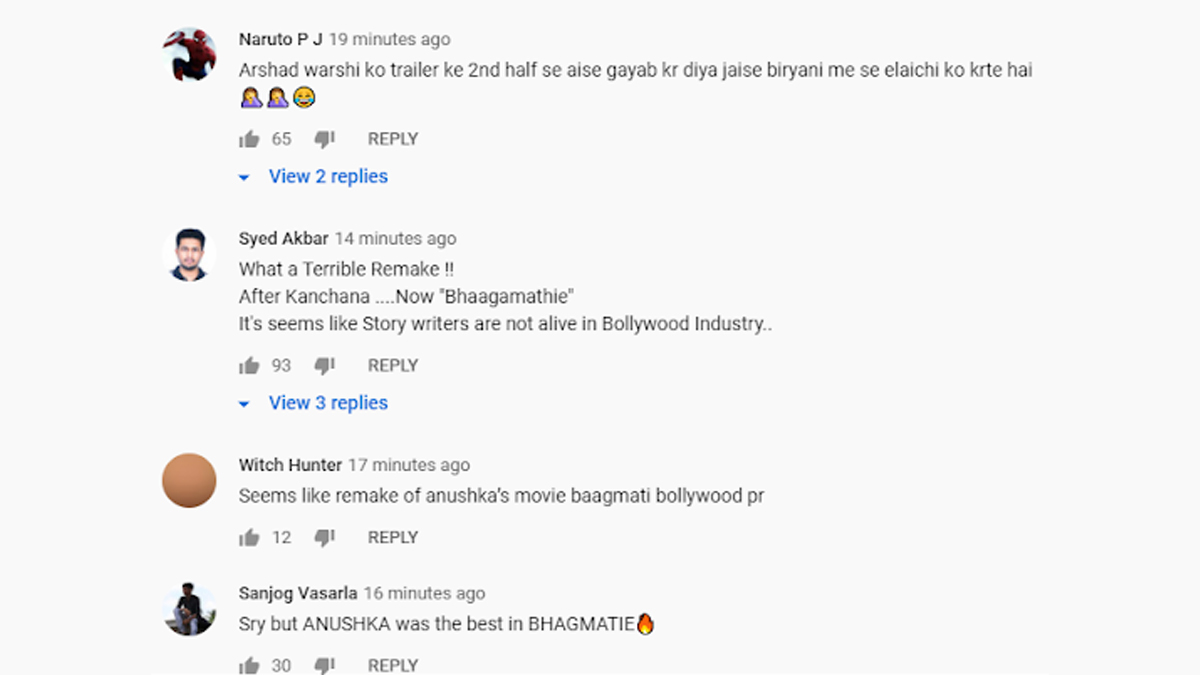 Not on Par With Anushka?

What a joke of a trailer durgamati trailer was! Looks more like a spoof film than an actual remake. Bhumi can never be on par with Anushka in such larger than life roles!

But criticism is not all that came the trailer's way. There are many fans of Bhumi, who are cheering for her.

Some Anushka Fans Are Also Cheering For Bhumi

Okk we all know #AnushkaShetty did a wonderful & uncomparable job in #Bhaagamathie Bhumi Can't match that much level but as a #Anushka fan @bhumipednekar did a good job best wishes to the whole team of #Durgamati 👍❤️#DurgamatiOnPrime https://t.co/D45MRxoVIT

Just watched #Durgamati trailer and I want to say is that here comes another example of masterclass performance by none other than @bhumipednekar well supported by @ArshadWarsi and others. Looking forward to watch #DurgamatiOnPrime on 11 Dec. Good Luck @bhumipednekar for this one

Durgamati will begin streaming on Amazon Prime from December 11. The movie is co-produced by Akshay Kumar.

(The above story first appeared on LatestLY on Nov 25, 2020 02:49 PM IST. For more news and updates on politics, world, sports, entertainment and lifestyle, log on to our website latestly.com).