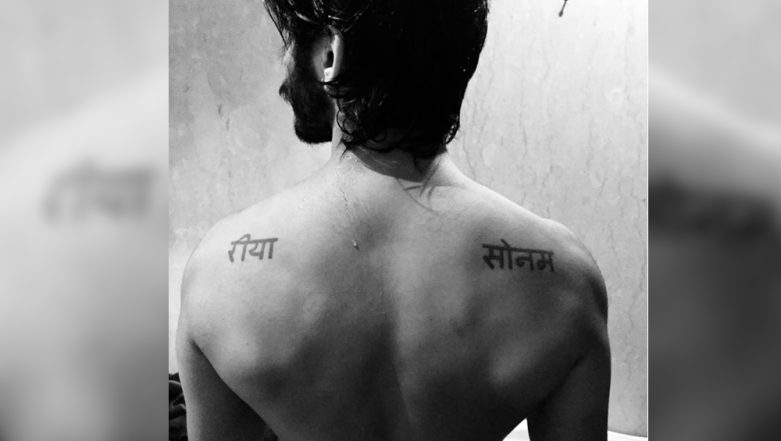 Mumbai, September 3: Actor Harsh Varrdhan Kapoor, a football fanatic, often takes to Twitter to tweet about the sport, but on Monday he flaunted love for his sisters -- Sonam and Rhea -- by showcasing his bare back with their names inked on it.

Harsh posted a black-and-white photo with focus on his bare back that has his sisters' names inked on it. Harshvardhan Kapoor and Katrina Kaif's Sister Isabelle Get Clicked Together And We Wonder What's Cooking Between Them!

He captioned it: "V taper".

A post shared by Harsh Varrdhan Kapoor (@harshvarrdhankapoor) on Sep 2, 2019 at 1:12am PDT

This time, too, fans couldn't stop gushing. One found Harsh Varrdan's picture "superb and awesome", while another said "this is so cute".