Kartik Aaryan Being Paid More Than Rs 10 Crore For Ala Vaikunthapurramuloo's Hindi Remake? (Scoop Inside) 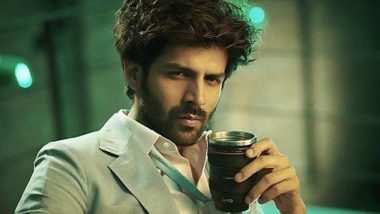 Back in April, news came in hot that Kartik Aaryan had been locked for the Hindi remake of Allu Arjun and Pooja Hegde's Telugu mass entertainer Ala Vaikunthapurramuloo. As per earlier reports, Allu Arjun and S Radha Krishna, who are said to be bankrolling the Hindi remake, wanted to remake the film with a 'Gen-Y' star, who has a good audience base and given how Kartik Aaryan's popularity and brand value sore after Sonu Ke Titu Ki Sweety, he was the obvious choice. The remake is said to be directed by Rohit Dhawan. Allu Arjun’s Ala Vaikunthapurramuloo to be Remade in Hindi and Kartik Aaryan Roped in to Play the Lead Role?.

And now, Mumbai Mirror reports state that Kartik Aaryan, who had hiked his fee from Rs 3 crore to Rs 7 crore after the success of Sonu Ke Titu Ki Sweety, is being paid more than Rs 10 crore, given his increased brand value. The report also reads that Ekta Kapoor will be producing the movie and not the original film's producers. Looks like we'll have to wait for the film's official announcement. Ala Vaikunthapurramuloo Hindi Remake With Kartik Aaryan In Lead To Go On Floors In February 2021?.

The film is said to be in development stages and will go on floors in 2021. In an earlier report, it was reported, "Before the lockdown, Kartik had been approached for the role of Bantu, which was played by Allu. The role is apt for Kartik, who is also a good dancer. Kartik will film for it after he wraps up Bhool Bhulaiyaa 2 and Dostana 2."

(The above story first appeared on LatestLY on Aug 06, 2020 11:50 AM IST. For more news and updates on politics, world, sports, entertainment and lifestyle, log on to our website latestly.com).