As for Dinesh, he is currently in Dubai after testing positive for Covid-19. ED has asked him to provide them with test reports of the virus as a proof for not arriving before the officers. 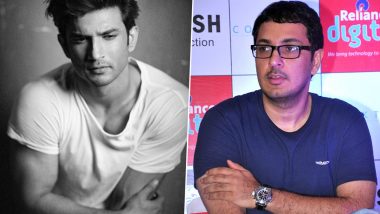 Sushant Singh Rajput's death case is getting complicated day by day. Several different investigations are currently ongoing in the case but no concrete revelations have been made in the case. An investigation carried out by the Enforcement Directorate stated that a suspicious payment of Rs. 17 crores was made to Sushant by producer Dinesh Vijan of Maddock Films and the head honcho was being investigated regarding the same for quite a long time. Sushant Singh Rajput Case: From Aamir Khan to Shraddha Kapoor, Rhea Chakraborty Was in Touch with Several B-Town Celebs, Reveals Actress’ Call Records.

Dinesh was asked to summon in the ED office in October and his office was the only producer who's office was raided during this investigation. Now, Dinesh Vijan's production company Maddock Films has finally issued a statement giving a clarification on the whole accusation.

Addressing Times Now, the statement read, "The information you have received and what you have published is incorrect. Kindly note that Maddock Films has not made any payment to Sushant in Hungary. Maddock has also not received Rs. 17 crores whether as actor fee, or any rebate from Hungary as wrongly claimed in your article. We have made the full and final payment to Sushant for the film Raabta as per the agreement signed by him with us, and this payment was received by him in India.”

The statement also revealed that the relevant documents for the proof of such payment to the department has been submitted by them. "It should be noted that in fact all funding and financial transactions for the shooting in Hungary were handled by T-Series. You may confirm from T-Series. Maddock Films is a responsible filmmaker and we dutifully follow the rules and law of our country.” it read further. Sushant Singh Rajput Funeral: Kriti Sanon, Shraddha Kapoor, Rajkummar Rao & Others Bid Final Goodbye.

“We are not sure if we can speak about the matter at this moment, but to avoid any controversy, we want to clarify we are fully cooperating with the agency and have furnished all details required and it is our sincere request to all to avoid spreading incorrect information,” they concluded.

Sushant had worked with Dinesh in the film Raabta. As for Dinesh, he is currently in Dubai after testing positive for Covid-19. ED has asked him to provide them with test reports of the virus as a proof for not arriving before the officers.

(The above story first appeared on LatestLY on Nov 23, 2020 04:17 PM IST. For more news and updates on politics, world, sports, entertainment and lifestyle, log on to our website latestly.com).