Milind Soman Shares Controversial Nude Photo With Madhu Sapre, Wonders What Reaction It Will Get Today 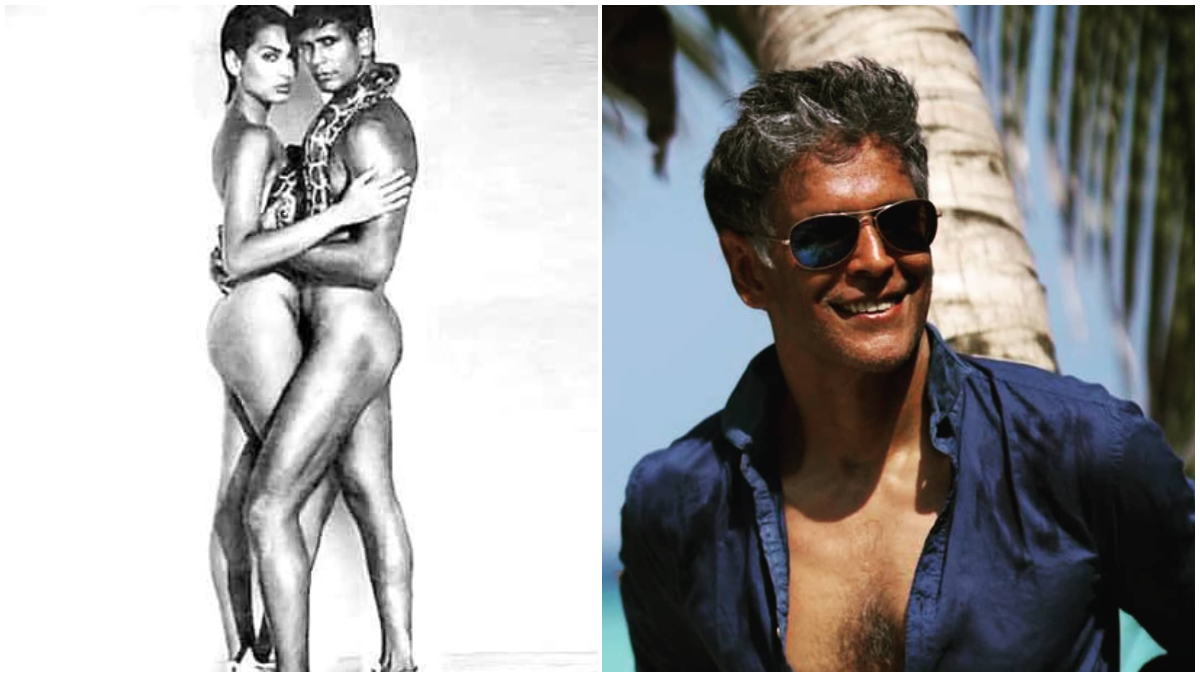 Milind Soman was delivered, wrapped in a box, to the hearts of millions of 90s kids. He was a star after he featured in the music video for Alisha Chinai's "Made In India". But that was not the only thing that made him the supermodel so popular in India. No, it was not even just Captain Vyom. But, we are talking about a super controversial photoshoot of Milind with his then-girlfriendn Madhu Sapre. Both the models posed nude for the camera, with a python around their neck for an ad commissioned by Tuff shoes. India was not ready for such a bold photoshoot 25 years ago. In his recent Instagram post, Milind revised the bold and beautiful memory. Milind Soman’s Superman Pushups Slow Motion Video Is Giving Us Next-Level Fitness Goals.

The social service branch of the Mumbai police had registered a case in August 1995 for indecent behaviour. The advertising agency was slammed with a case under the Wildlife Protection Act for illegal use of the snake. The case on the supermodel couple dragged for 14 long years. In 2004, they pled not guilty. In 2009, they were acquitted.

Milind Soman In Made In India (Photo Credits: Giphy)

Today, Milind shared the picture and wrote, "Keep seeing this pop up on my timelines every once in a while :) its 25 years old, at that time no social media no internet either I think ! wonder what the reaction would have been if it had been released today, (sic)" Milind Soman Shares His Experience Of Being RSS' Part In His Memoir 'Made In India'.

Keep seeing this pop up on my timelines every once in a while :) its 25 years old, at that time no social media no internet either I think ! wonder what the reaction would have been if it had been released today 😋 . . . #flashback #timelapse #blackandwhite #nude #photo

When he was acquitted, Milind had said, "It is a big relief to all of us. While we all had faith in the judiciary, it is a shame that so much time, effort and public money was expended on an issue like this."

"To my mind, perpetrating violence or allowing violence to be perpetrated against others in the name of caste, race or religion is obscene. We see all this around us today. Turning a blind eye to the use of babies and young children as tools for begging is obscene. The fact that we take these things for granted and that it does not even bother us, is horrifying," Milind had said when asked about what he considers obscene.