Pooja Batra Talks about Her Secret Marriage to Nawab Shah, Says They Had an Arya Samaj Wedding in Delhi 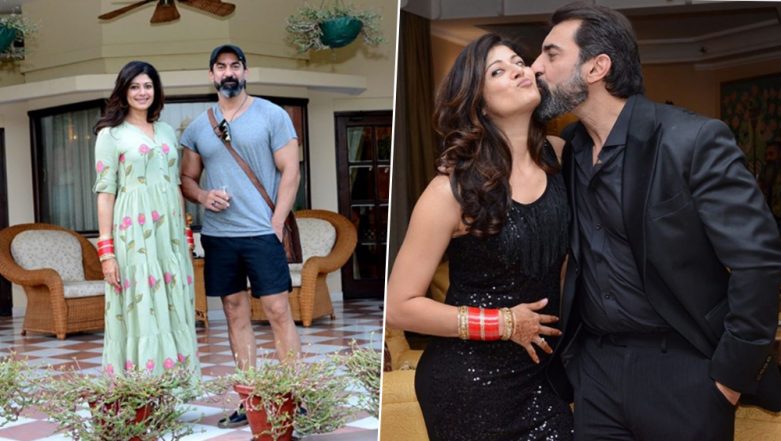 Nawab Shah and Pooja Batra were in Srinagar, Jammu and Kashmir, to attend the former’s sister’s wedding. A source revealed to a portal stating that this much-in love couple tied the knot in Kashmir and their wedding was graced by family members and close pals. However, neither Pooja nor Nawab responded to these rumours. The couple did post few intriguing pictures on Instagram which confirmed that they’re married. However, they did not comment when and where their wedding took place. In an interview, Pooja Batra has opened up about her ‘secret marriage’ with her beau and she also mentioned, it was an Arya Samaj wedding which took place in Delhi. Pooja Batra and Nawab Shah Are Happily Married! Take a Look at the Newlyweds Pics.

Pooja Batra and Nawab Shah tied the knot in Delhi on July 4. In an interview to Bombay Times the Virasat actress was quoted saying, “Yes, we are married. Nawab and I exchanged vows in Delhi, with only our families in attendance. Our loved ones kept asking us why we were delaying it (the marriage). I was simply going with the flow, but then I realised that he is the man I want to spend the rest of my life with, and there is no point in delaying it any further. So, here we are. We had an Arya Samaj wedding, and we will register our marriage this week.” Pooja Batra and Beau Nawab Shah Tie the Knot in Kashmir.

Take a look at the picture of the husband-and-wife duo:

In your corner #selfie

Pooja Batra also revealed how she was introduced to Nawab Shah and when they started dating. She mentioned, “I knew of Nawab by virtue of being in the same profession. However, we strongly connected after we were reintroduced by a common friend in February this year.” She also stated, “I have always respected and liked Nawab, and this time around, I was open to the idea of getting to know him better. A part of me wanted to see if there could be something beyond friendship between us. We share emotional and intellectual compatibility, and we don’t have to explain too much to each other. I like the fact that he is a family person.”

With friends like Family at the @heritagevillageresortmanesar Thank you for an awesome stay. Expect to see us back soon

Pooja Batra was last seen in the psychological thriller film, Mirror Game. In the interview Pooja revealed that she was doing American shows and she is interested to take up work in India as well. We wish Nawab Shah and his ladylove Pooja a great married life!