Ranbir Kapoor And Alia Bhatt To Move Into Krishna Raj Bungalow After Their Wedding This Year?

Ranbir Kapoor and Alia Bhatt are expected to get married by the end of 2021 and now we have a report which suggests their home will be the newly refurbished Krishna Raj bungalow. Neetu Kapoor too is expected to stay with them. 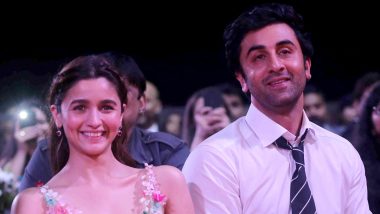 Ranbir Kapoor during an interview dropped a bomb when he admitted that Alia Bhatt and he were contemplating marriage in 2021 but Coronavirus foiled their plans. That was probably the first time the actor has openly spoken about what's going on in his mind regarding taking the next big step in his relationship. Now there are reports on when, how, where, and why of the wedding ceremony every now and then. The latest update is that the lovebirds are expected to move into Rishi and Neetu Kapoor's iconic bungalow Krishna Raj post their wedding. Brahmastra: Nagarjuna Wraps Up the Shoot of Alia Bhatt, Ranbir Kapoor’s Fantasy Adventure

Open Magazine has revealed that Ranbir and Alia will get married by the end of 2021. The Krishna Raj bungalow is getting refurbished which will house the newly-married couple along with Neetu Kapoor. It will have a mini-theatre and a swimming pool.

Ranbir Kapoor and Alia Bhatt will also have their first release this year in Brahmastra. It's a science-fiction series that has been in the making for a few years now. Last year COVID-19 derailed its release plan much like Ranbir-Alia's wedding plans.

(The above story first appeared on LatestLY on Feb 27, 2021 11:31 AM IST. For more news and updates on politics, world, sports, entertainment and lifestyle, log on to our website latestly.com).