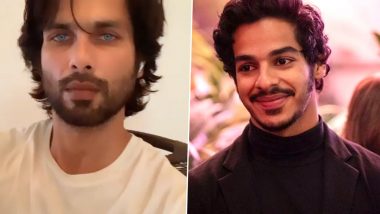 Shahid Kapoor's post on social media has become quite rare these days. You would assume with a lockdown in place and watching other actors, Shahid too would be keen on being more active than usual on his accounts but he is still the elusive man. But whenever he does put up something on social media, they get a lot of responses. Like for example what he did last night. While wishing goodnight or Shabba Khair, the actor posted a video where his eyes are blue. It took us sometimes to get used to it as well but obviously it is the handiwork of filters on Instagram. But those blue eyes do look kind of spooky in a very sci-fi movie villain kind of way. Even his brother Ishaan Khatter was quite 'hypnotised' by it.  Fans Think Shahid Kapoor From Jab We Met Looks Similar to Cillian Murphy and the Memes Will Make You Say ‘Who Did This?’

Shahid's post got a lot of hits and one of them is his brother. It is really amazing to see these two brothers bond everywhere. Check out the video and the comment. 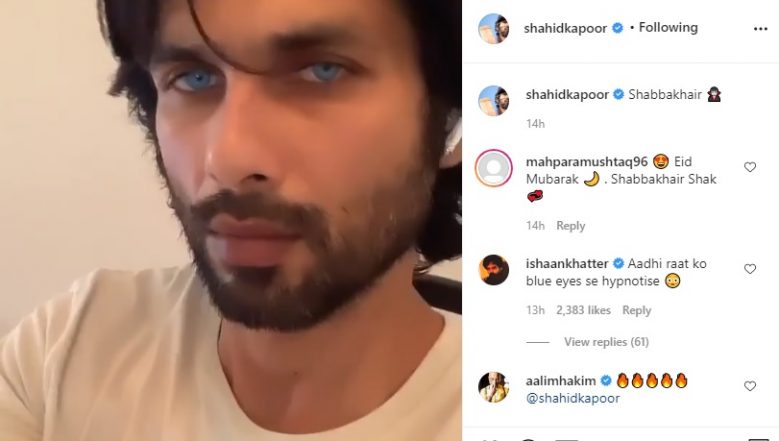 These two brothers are really cool. Ishaan had even said that he doesn't mind being called Shahid's brother at all. He told IANS, "I do not feel irked by the fact that I am often recognised as his brother. I came into the public eye at a young age of 15 and have been associated with him since then. That image has lived longer than the independent actor that I am now." They give us sibling goals like crazy.

(The above story first appeared on LatestLY on Aug 01, 2020 03:13 PM IST. For more news and updates on politics, world, sports, entertainment and lifestyle, log on to our website latestly.com).