Hollywood star Jason Momoa is reportedly doing okay after undergoing an MRI scan. Thankfully, a source has now told People magazine that Jason is doing 'OK' and had the scan done as "a precaution. 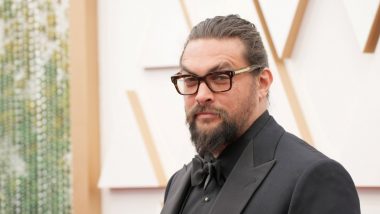 Hollywood star Jason Momoa is reportedly doing okay after undergoing an MRI scan. Prior to this, the 'Aquaman' actor sparked concern among his fans and fellow stars as he shared a shirtless photograph of himself on Instagram during a recent hospital visit, reports aceshowbiz.com. Thankfully, a source has now told People magazine that Jason is doing 'OK' and had the scan done as "a precaution." Posting the picture on Instagram was the 42-year-old star as he revealed he was feeling "thankful." Aquaman 2: Amber Heard’s Agent Reveals The Reason Behind The Actress’ Role Being Reduced In Jason Momoa’s Aquaman And The Lost Kingdom.

He captioned the picture: "You got to break some eggs to make an omelette. Aloha J. Thankful for my ohana and friends." The post was met with some worried replies from fans and famous friends, as his 'Justice League' cast mate Gal Gadot replied: "Oh no!" "Candy" actor Pablo Schreiber added, "Oh no! You alright dude?" The hospital visit comes a few weeks after Jason had a hernia operation on March 27, just one day before attending the Academy Awards. Jason Momoa To Star in Action-Comedy Film Shots! Shots! Shots!

Speaking on the red carpet before the show, he said: "I had surgery yesterday. I had a hernia surgery yesterday." When asked why he needed the operation, he quipped: "Throwing bodies around. I'm getting old, bro. It ain't that CinemaCon from 2016, you know what I'm saying?" Meanwhile, the star is reportedly dating actress Eiza Gonzalez five months after splitting from wife Lisa Bonet, but the pair's relationship isn't 'serious' at the moment.

The news comes after Jason, who was pictured at the premiere of Eiza's movie 'Ambulance' last month, dismissed rumours he was dating Kate Beckinsale after he gave her his jacket to wear at the Vanity Fair Academy Awards after party. He said at the time: "It was crazy. Have a conversation with a woman about her country, I was in England doing 'Aquaman 2 (a.k.a Aquaman and the Lost Kingdom)'. Everyone is like, 'Are you dating?' No, no, it was chivalry, the woman was cold."

Asked if they are dating, he said: "Absolutely not, not together. She is very nice, I was being very nice, just being a gentleman. Now, I am not giving my coat to anyone."

(The above story first appeared on LatestLY on May 24, 2022 04:44 PM IST. For more news and updates on politics, world, sports, entertainment and lifestyle, log on to our website latestly.com).