Chadwick Boseman Dies At 43; Inspiring Quotes by Black Panther Actor Will Give You a Beautiful Perspective About Leading Life

American actor and producer Chadwick Boseman died of colon cancer. He passed away in his home at Los Angeles with his family by his side. Other than his work, Chadwick's approach to life was seen through his quotes. We have compiled a few of his famous quotes, which show his approach towards his work and life. 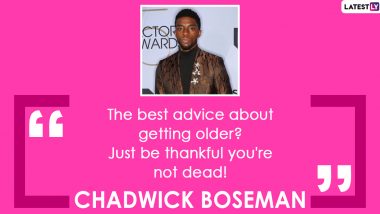 Fans of Marvel Cinematic Universe woke up to sad news about the demise of Black Panther actor Chadwick Boseman. The 43-year-old American actor and producer died of colon cancer. He passed away in his home at Los Angeles with his family by his side. He was battling with cancer for four years. He became a household name after appearing as Black Panther in 2016’s Captain America: Civil War. "A true fighter, Chadwick persevered through it all, and brought you many of the films you have come to love so much," his family said in the statement. Other than his work, Chadwick's approach to life was seen through his quotes. We have compiled a few of his famous quotes, which show his approach towards his work and life. You can share these quotes on your social media in his remembrance. Chadwick Boseman No More: 'Captain Marvel' Brie Larson And Marvel Studios Remember The 'Black Panther' Star With Emotional Notes As Fans Post 'Wakanda Forever' Messages.

Born and raised in Anderson, South Carolina he started his career in 2003 with TV on Third Watch. He also played an active role behind the camera as he wrote plays. He got a regular role in the year 2010 for TV series Persons Unknown. In 2016, he started portraying the Marvel Comics character T'Challa / Black Panther, with Captain America: Civil War being his first film in a five-picture deal with Marvel. He spearheaded Black Panther in 2018 that focused on his home country Wakanda in Africa. The film became one of the highest-grossing films of the year in the United States. Chadwick has made his mark, and his last film was war drama Da 5 Bloods which released this June. People on social media are mourning the loss of a brilliant actor. We have compiled a few quotes by the late actor which you can share as your tributes to him. 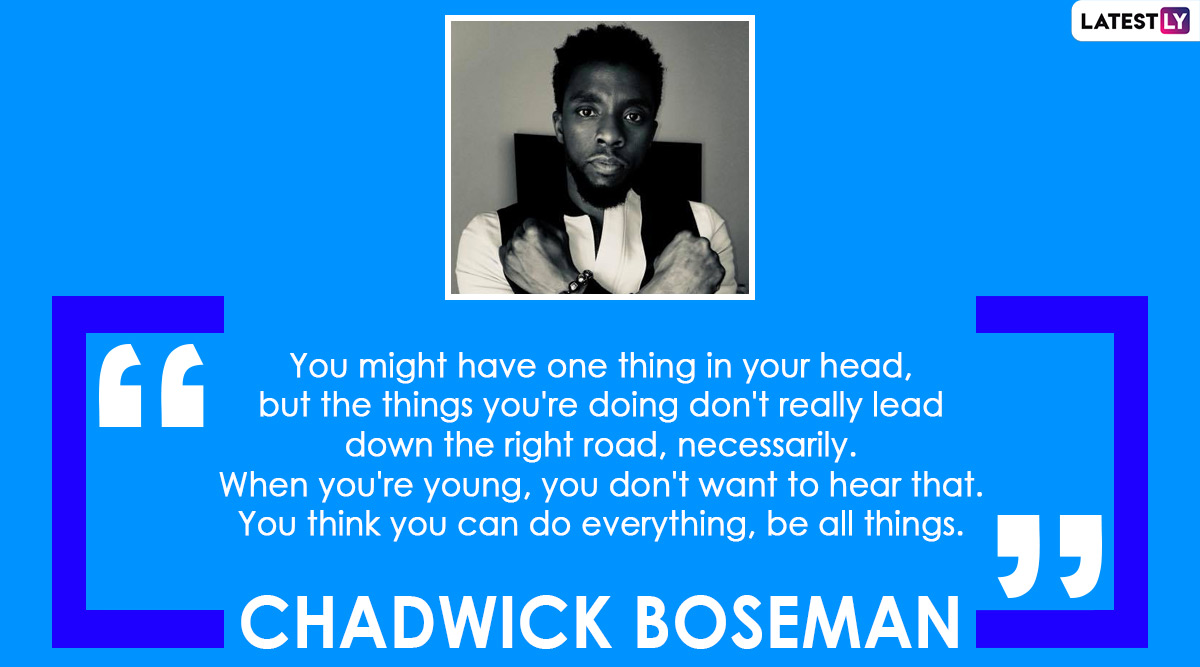 Quote Reads: "You might have one thing in your head, but the things you're doing don't really lead down the right road, necessarily. When you're young, you don't want to hear that. You think you can do everything, be all things." -- Chadwick Boseman. Quote Reads: "You have to cherish things in a different way when you know the clock is ticking, you are under pressure." -- Chadwick Boseman 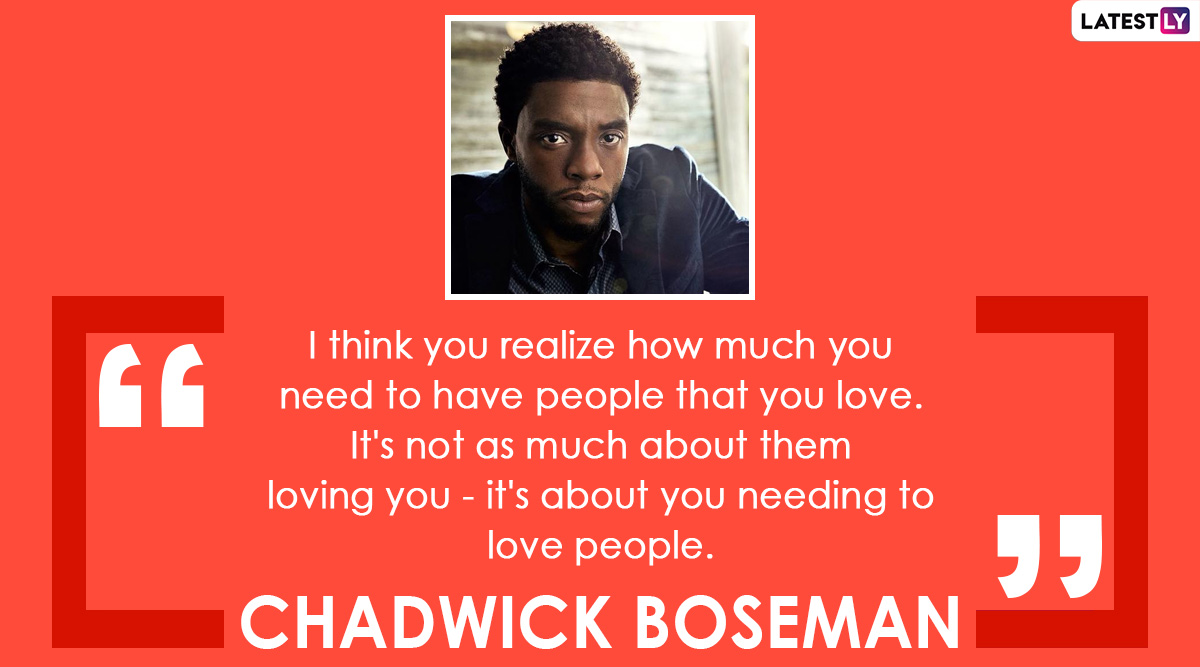 Quote Reads: "I think you realize how much you need to have people that you love. It's not as much about them loving you - it's about you needing to love people." Chadwick Boseman 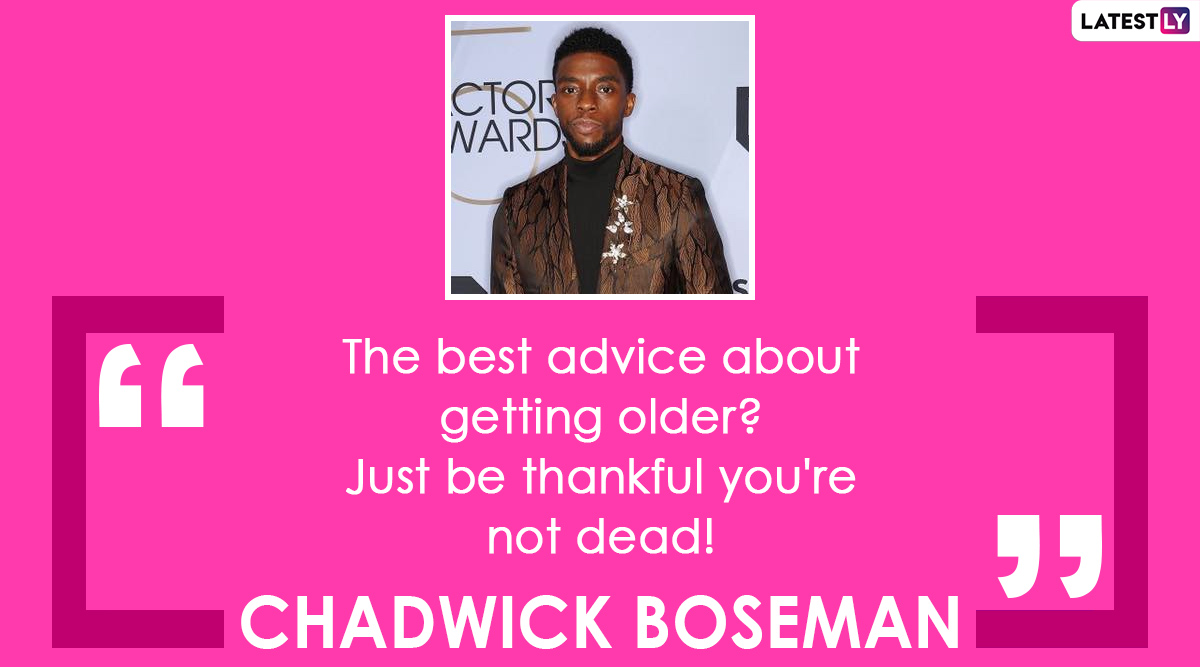 Quote Reads: "The best advice about getting older? Just be thankful you're not dead!" -- Chadwick Boseman 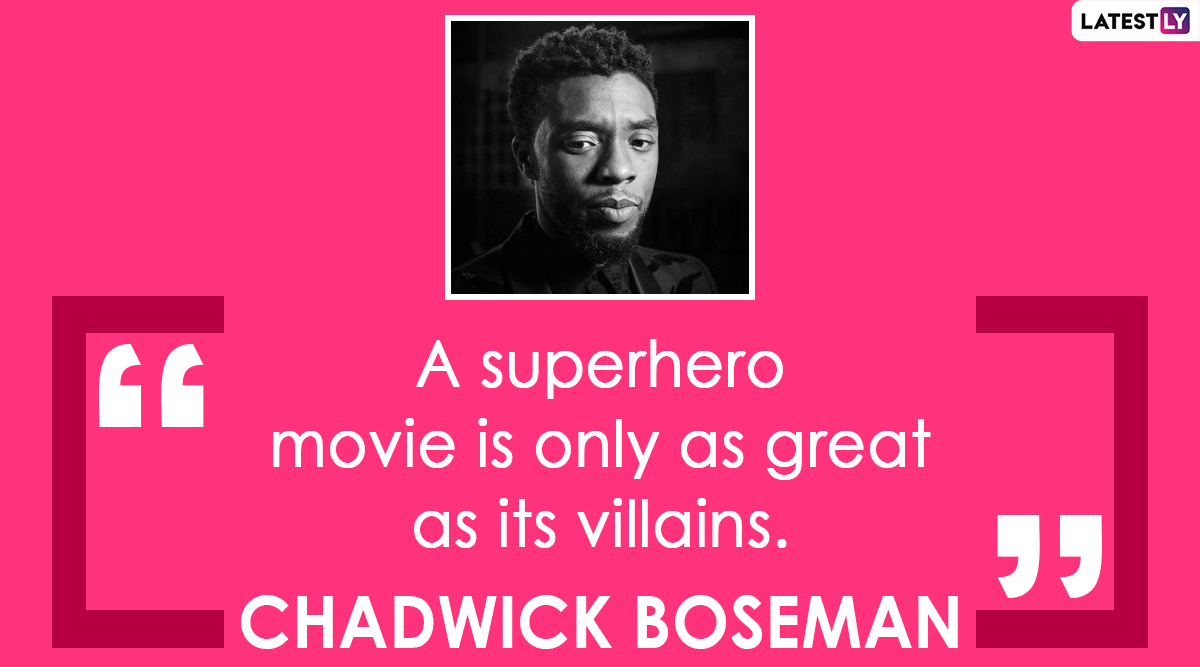 Quote Reads: "A superhero movie is only as great as its villains." Chadwick Boseman

We will continue to remember him not just by his good roles, but his beautiful words which give a perspective on living life. May Chadwick Boseman's soul Rest in Peace!

(The above story first appeared on LatestLY on Aug 29, 2020 09:59 AM IST. For more news and updates on politics, world, sports, entertainment and lifestyle, log on to our website latestly.com).