Christian Bale Birthday Special: From The Dark Knight to The Prestige, Top 10 Films of the Hollywood Actor Ranked BY IMDB Rating and Some Interesting Trivia About Them (LatestLY Exclusive)

Bale truly owned the screen in films like American Psycho, The Machinist, The Prestige, 3:10 to Yuma, The Fighter, Ford V Ferrari among others. On the occasion of his 47th birthday, let's look at the top 10 ranked films of his on IMDB as per user rating, and share an interesting trivia about the actor from each film. 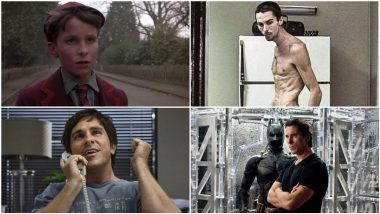 Is Christian Bale's rendition of the Dark Knight the best cinematic Batman portrayal ever? While there is huge debate over that, there is nary a doubt over the fact that he is one of the best in town when it comes to acting business. Something Bale has been proving since he was a child, as evident in Steven Spielberg's heart-rending 1987 classic Empire of the Sun. As an adult, Bale truly owned the screen in films like American Psycho, The Machinist, The Prestige, 3:10 to Yuma, The Fighter, Ford V Ferrari among others. Christian Bale Birthday Special: He Has a Wardrobe That's as Admirable as His Acting Talent (View Pics).

His amazing body transformation to prep himself up for each role is something that has been sung paens on by the many articles. He had also won an Oscar for his performance in The Fighter, the first time itself when he was nominated for the Academy Awards. The geeks love him for his portrayal of Batman in the Christopher Nolan trilogy, while the Marvel fans would be excited to see him play Gorr The God-Butcher in the upcoming Thor: Love and Thunder.

On the occasion of his 47th birthday, let's look at the top 10 ranked films of his on IMDB as per user rating, and share an interesting trivia about the actor from each film. 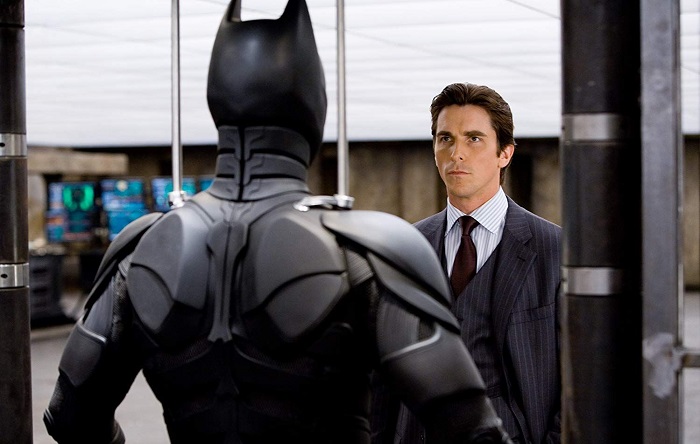 Christian Bale in The Dark Knight

Trivia: Even though he is (in a gruff voice) the 'Batman', Christian Bale never got to ride the Batpod. Instead only one of the stuntmen was able to stay on it, while cheat closeups were used to show Bale was driving it. 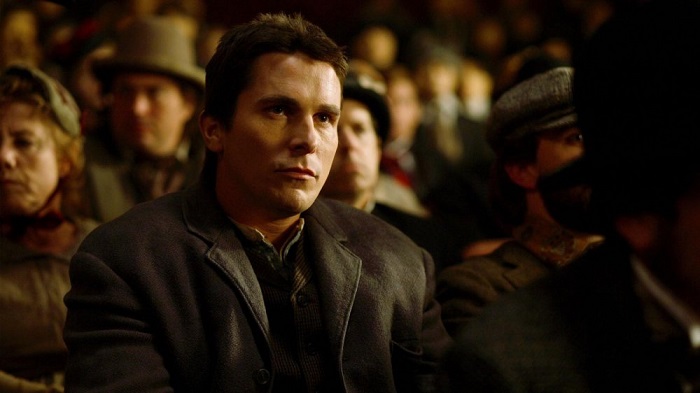 Christian Bale in The Prestige

Trivia: In this Christopher Nolan film, Christian Bale's character is called Alfred. In The Dark Knight trilogy, his Bruce Wayne has a butler, who of course is named Alfred, and was played by Sir Michael Caine. Caine also had a supporting role in The Prestige, though he was more of a mentor to Alfred's rival, played by Hugh Jackman. 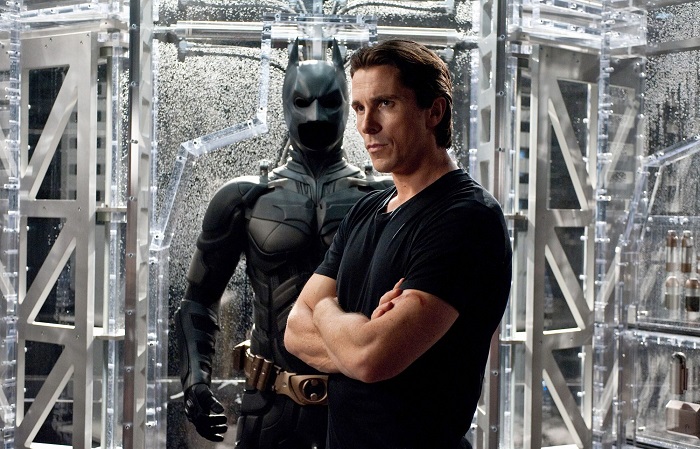 Trivia: In an interview given in 2019, Bale had said that Warner Bros had approached him to make a fourth film. Bale told them that, while he was agreeable, he would only accept if Christopher Nolan was involved as director. Since we are yet to hear any Batman film with Bale in the lead, we can guess that Nolan was no more interested in returning to making a Batman movie. 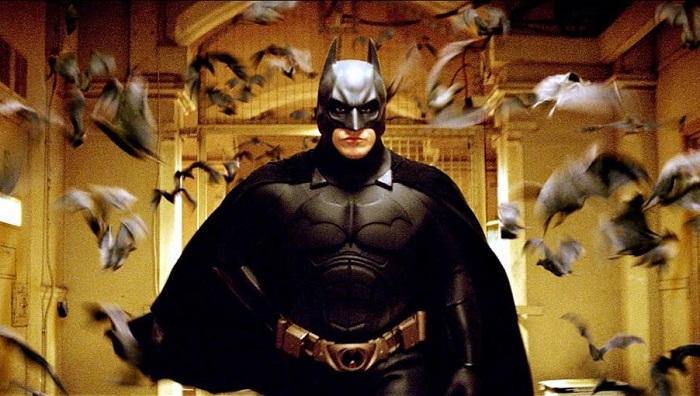 Trivia: Christian Bale lost his voice three times during filming, thanks to him altering his voice while playing Batman. In the sequels, his voice was made gruffer during post-production. 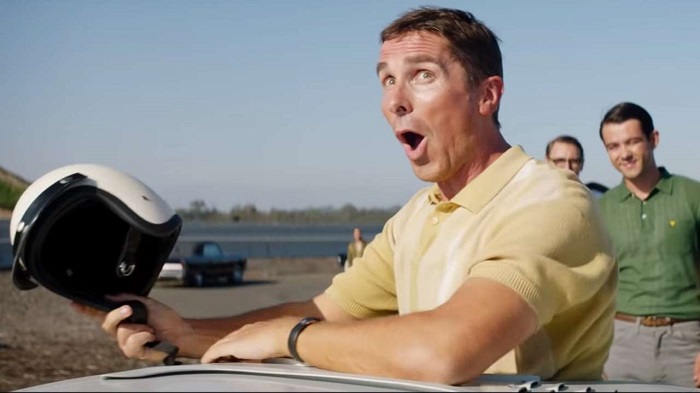 Trivia: Matt Damon, who played Carroll Shelby in this James Mangold film, had said that the main reason he wanted to do the movie was to work with Christian Bale, who played Ken Miles. Interestingly, Damon was approached to play the role of Harvey Dent/Two Face in The Dark Knight, which later went on to fall in Aaron Eckhart's lap. Ford v Ferrari Movie Review: Christian Bale, Matt Damon Set the Trail Blazing in James Mangold’s Spirited Racing Drama. 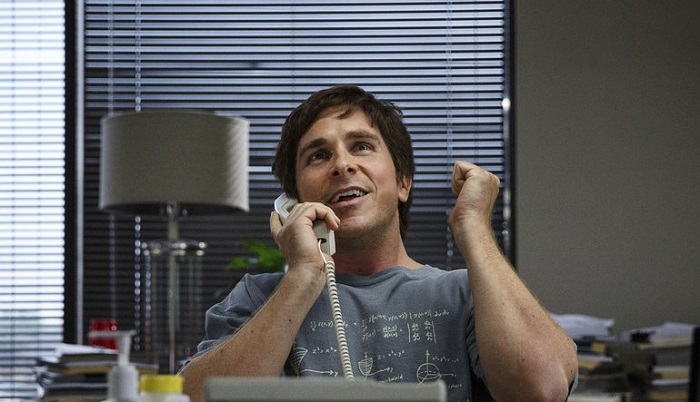 Christian Bale in The Big Short

Trivia: Adam McKay's social satire starred Brad Pitt, Steve Carell, Ryan Gosling and Christian Bale. Though he had a major role, Bale does not share screen time with any of the other top-billed cast members. 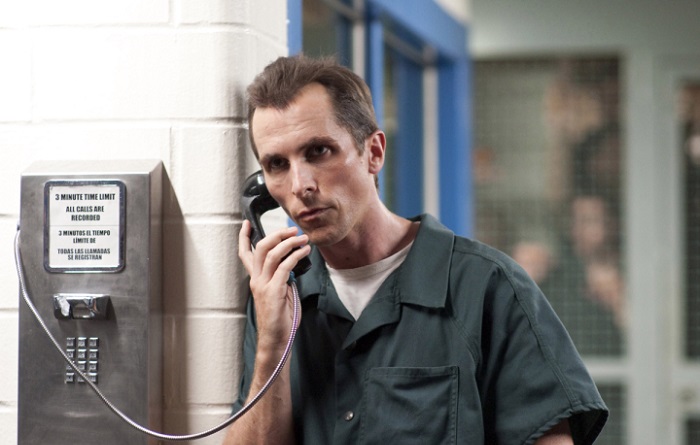 Christian Bale in THE FIGHTER

Trivia: Christian Bale's Best Actor in a Supporting Role Oscar win has an interesting observation. It was the middle of a three-year run where an actor whose name begins with 'Chris' was adjudged Best Supporting Actor consecutively. Christoph Waltz won the year before for Inglourious Basterds, and Christopher Plummer won the year later for Beginners. 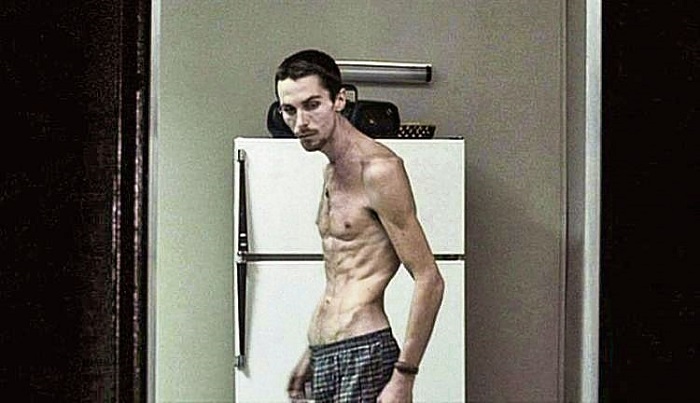 Christian Bale in The Machinist

Trivia: Everyone remembers this sci fi dystopian thriller for Bale's 63-pound weight loss, which is said to be a record for any actor for a movie role. Bale later regained the weight for his role in his next film, to play Bruce Wayne in Batman Begins.

Empire of the Sun 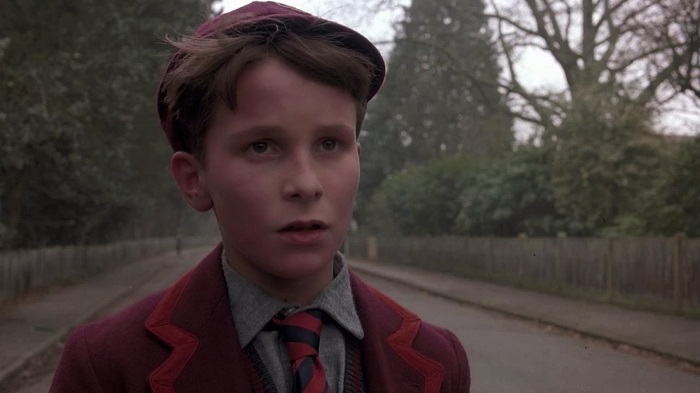 Christian Bale in Empire of the Sun

Trivia: To prep himself up for the role, a very young Bale used to breathe heavily, do run ups, and jump up and down for five minutes before every take. We should have seen the signs then that we have an amazing actor in the making! 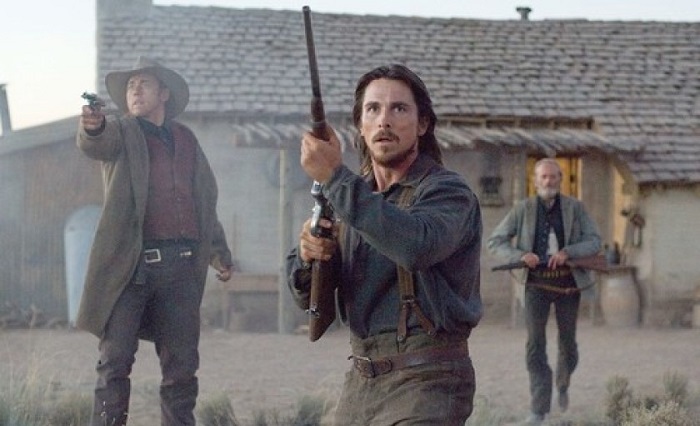 Christian Bale in 3:10 to Yuma

(The above story first appeared on LatestLY on Jan 30, 2021 11:54 AM IST. For more news and updates on politics, world, sports, entertainment and lifestyle, log on to our website latestly.com).